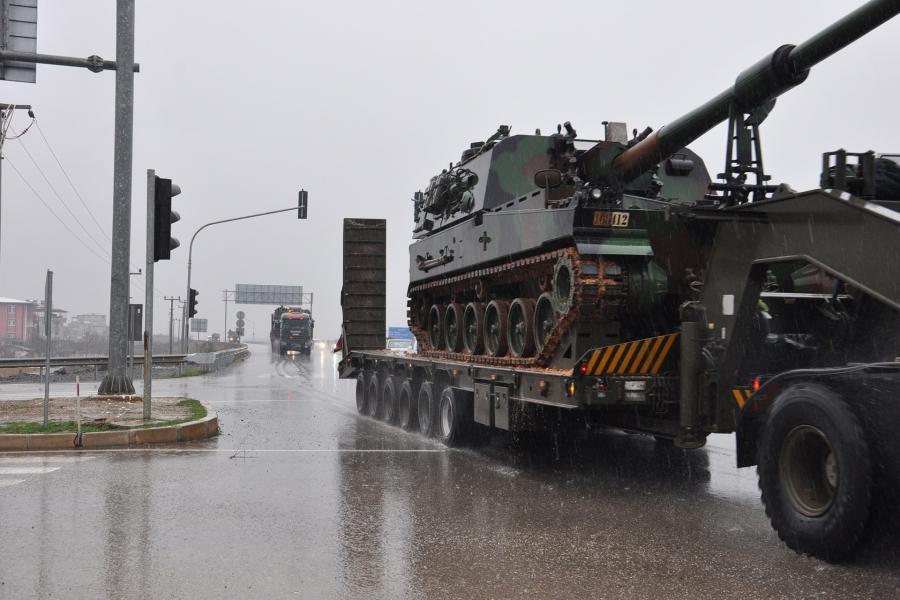 Object of the power holders’ relentless obduracy, Idlib remains high on the agenda. Compared to before, it has become tougher to air the voice of truth among the media bombardment that each day creates yet more disinformation and ruling propaganda.

And, most of the time, if you dig deeper into a piece of news widely covered in the ruling media you reach another important truth. By way of example, following the officially announced loss of 33 soldiers’ lives resulting from the Syrian military’s air attack on 27 February, the responses the Turkish armed forces mounted with unmanned aerial vehicles (UAVs) and armed unmanned aerial vehicles (AUAVs) began to make news. The front pages of the power-aligned newspapers assumed an arms fair-like appearance with photographs of UAVs and AUAVs

A Russian military reporter’s clip that started to circulate on social media on 29 February was covered as follows in Yenişafak newspaper: “Turkish AUAVs are striking night and day. The course of the war changed the moment AUAVs started to be seen in the skies above Idlib. They are striking convoys or even soldiers on motorbikes. What’s more, despite the great cost, Turkey continues to strike without fretting about the cash.” Let us now continue with a question that Yenişafak and the rest of the ruling media, festooned with ads for UAVs and AUAVs, passes over. Who is making money from these UAVs and AUAVs, the “pride of the national arms industry”? Turkey is one of eight countries to manufacture UAVs and AUAVs. Let us recall an announcement that was made with reference to this arms technology, which was first mooted for use in the Turkish armed forces’ anti-PKK campaign and we have most recently witnessed in use in Syria.

Minister of Industry and Technology Mustafa Varank, addressing the “BMC Future Fifty Years Gathering” held in Sakarya’s Karasu sub-province, said, noting that Ukrainian Head of State Petro Poroshenko had announced on his own social media account the signing of an agreement to buy unmanned aerial vehicles from Turkey, “Look, Ukraine is a country having a century of experience in space and aerial technology and which has manufactured thousands of planes, but it opts for Turkey in unmanned aerial vehicles because we currently have Turkish companies which manufacture UAVs and AUAVs that are the best of the most advanced technological class in the world with indigenous capabilities.” (13.01.2019, Habertürk) Turkey’s UAV-development process had its inception with the contract signed between SSM and TUSAŞ in 2004. Then, in 2009, Bayraktar Block A successfully completed its first automatic flight test. For its part, the Anka performed its first test flight in 2010, staying in the air for ten minutes. Bayraktar, in turn, was placed in service as an armed UAV in 2016. Under a resolution that took effect with President Erdoğan’s signature promulgated in the Official Gazette on 5 September 2019, unmanned aerial vehicle-manufacturer Baykar Defence (Bayraktar Brothers) set the ball rolling for a 600 million Turkish lira investment over an eight-year period. Baykar Makina, whose manufacturing capacity was announced to increase three-fold under this investment alongside the opening of a new R&D centre and which was said to have tax exemption for the duration of the investment period, stated that it would increase annual production of the TB2 Bayraktar from 46 to 92, the Communications System from 23 to 60, the Avionic System from 45 to 100 and the Ground Control System for the tactical unmanned aerial vehicles from 23 to 26. And Sabah newspaper reported as follows on the role of AUAVs in the latest Idlib proceedings, “With a stream of breaking news from Idlib, the success of the AUAVs has become the talk of the world. Experts state that the distance that could be covered in one month by firing from the ground can be covered in one day by AUAVs. With Turkey’s indigenous and national AUAVs causing a storm, some attention-grabbing words have been spoken with reference to T3 Foundation Board of Trustees Chairman, Selçuk Bayraktar. Portuguese Political Scientist and Hudson Institute Researcher Bruno Maçaes said, ‘Selçuk Bayraktar, technical manager of the Baykar company that manufactures the AUAVs and architect of the Turkey’s first national AUAV system Bayraktar TB2, is the man who changed the fate of the Middle East.’” (2 Mart 2020, Sabah)

As is known, Selçuk Bayraktar is President Erdoğan’s son-in-law. The predilection for war of those in power in Turkey, even in a period in which the sectoral consequences of the crisis in the economy are being debated, exerts an expansionary effect on the arms industry’s production and profit capacity. As Erdoğan’s Idlib obduracy and AUAV strikes continue, the ruling media is making “national pride from national arms” propaganda, and son-in-law Selçuk Bayraktar is making money, too.

Against this backdrop, Ertuğrul Özkök wrote in his column yesterday, “In selecting the ’20 people of the year in Turkey’ at New Year, I also put Selçuk Bayraktar, head of the company that manufactures AUAVs and UAVs, on that list. I was seemingly quite right.”

You have grasped it, haven’t you? The praise is for Ertuğrul Özkök and the legal action for me! 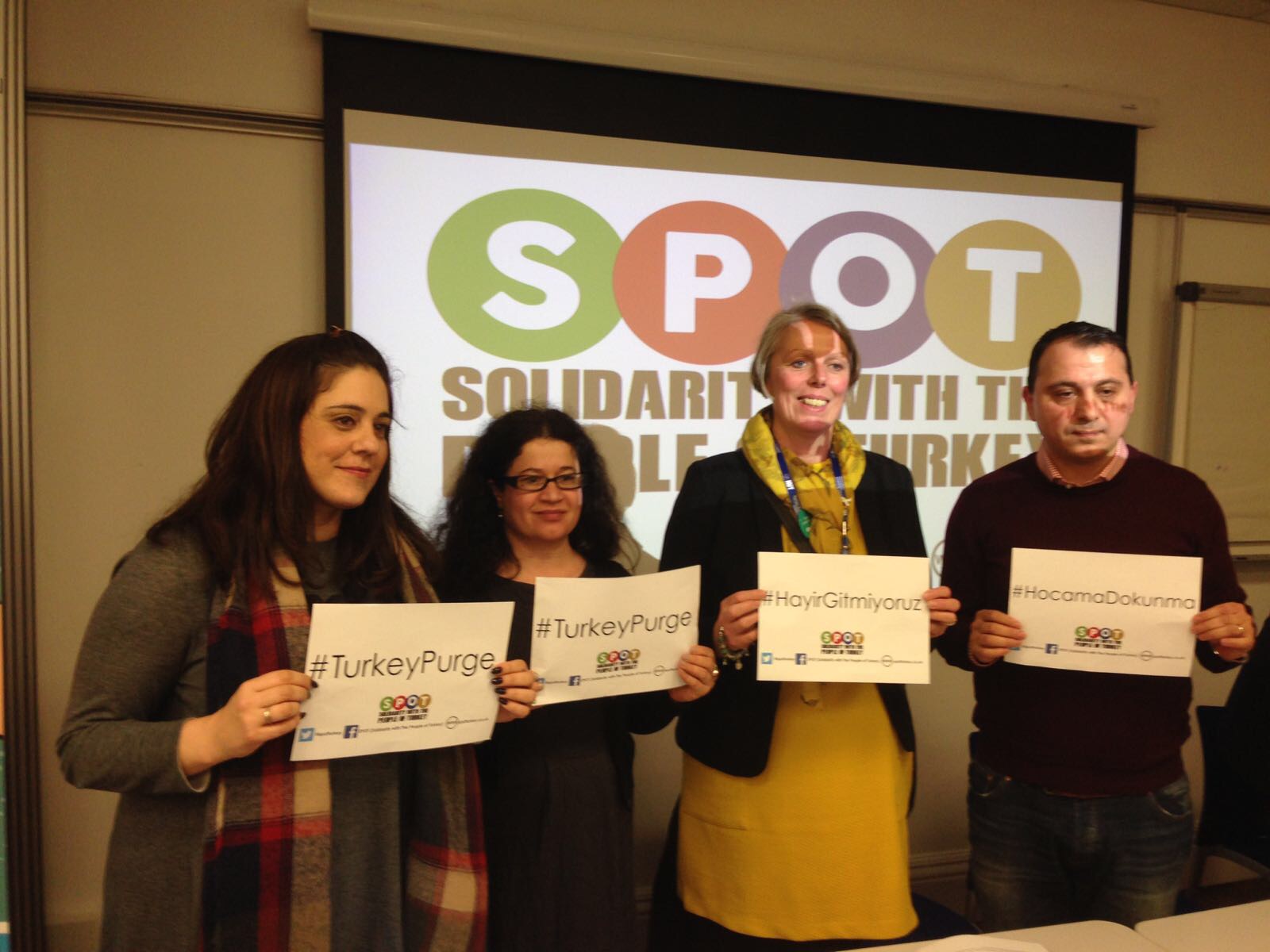