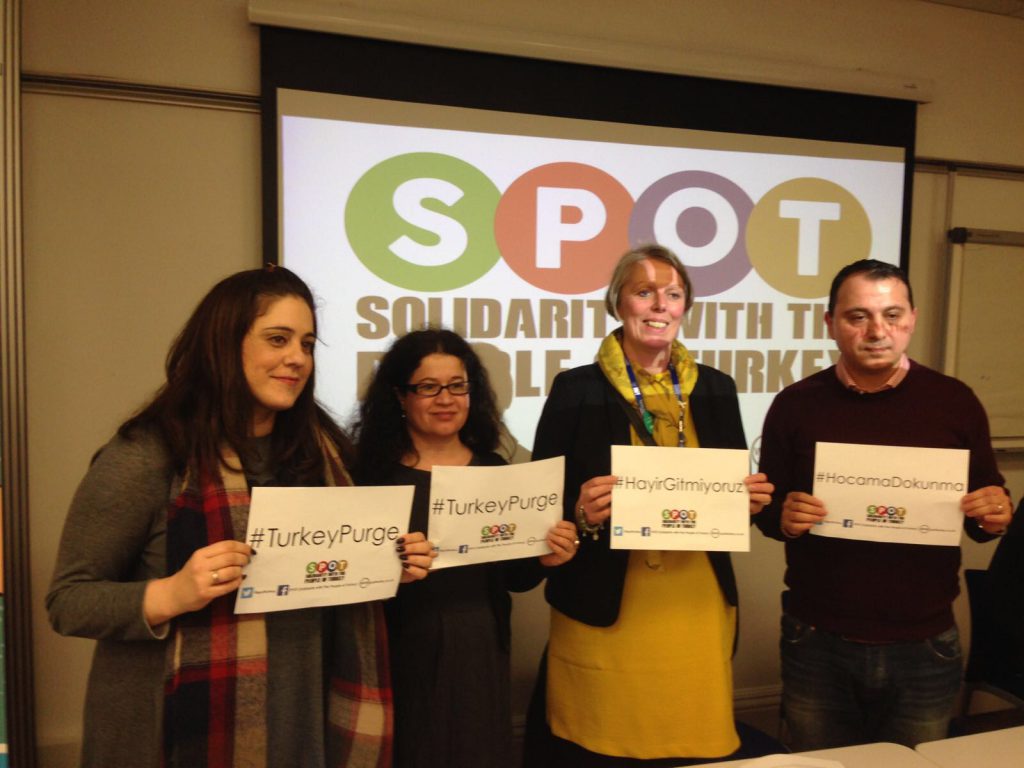 The Turkish state’s attacks on human rights, workers rights and democracy is
relentless, and President Erdogan’s war politics is fuelling further tension and
instability, not just in Turkey but across the region. It is in this context that we have
pulled our sleeves up and are finalising preparations for SPOT’s 4 th Annual
Conference, which will take place on 28 th March at the NEU, Hamilton House.
SPOT’s campaigns and activities have played a crucial role in raising awareness and
actively supporting progressive groups and unions in Turkey fighting for democracy.
As the conference approaches, we spoke with Louise Regan, Chair of SPOT who
explains what to expect and why you should be there with us.
SPOT is having its 4th conference on 28 march. What issues will you be
focusing on this year?
The SPOT conferences have been a huge success for us not only in building
solidarity but also in raising awareness and understanding about the situation in
Turkey.
This year we will be particularly focussing in women and the increasing oppression
that they are facing including the ways that they are fighting back against this.
We will be hearing from striking women workers at the SF Trade Leather factory in
Turkey and talking about further action that we can take here to support them.
We also have members from Egitim Sen the education union attending the
conference and we will be hearing about the attacks on trade unionists and workers
in the education sector who are speaking out against the oppressive government
and the restrictions that they have imposed.
Finally, we will be hearing from journalists who have faced unprecedented
oppression at the hands of Erdogan. Turkey has the highest number of imprisoned
journalists in the world and the regime continues to try to silence all those who speak
out against them. Turkey is one of the worst countries globally to be a worker and therefore it is even
more essential that we as trade unionists speak out about the situation.
Do you think fundamental rights and freedoms in Turkey have deteriorated
further in Turkey?
The situation in Turkey for workers, women, trade unionists and many others
continues to deteriorate. In the ITUC global rights index Turkey was in the top ten of the worlds worst
countries for workers. The attempts to silence anyone who speaks out against what is happening
continues. Trade union and progressive media outlets have their offices closed, workers
sacked or imprisoned and resources and equipment destroyed or confiscated.

Education is controlled by the government with no ability for free speech or
democratic discussion. These are all clear attempts to shut down dissent and to breed fear amongst people
about speaking out.

Do you think that the British population and media are sufficiently informed of
the developments in Turkey?
There is not enough knowledge amongst the population here in the UK about the
situation in Turkey however the trade union movement here is doing much work in
this area and I think that this is having a positive impact. The unions here have a
significant role to play in pressurising our government and in raising awareness
nationally and internationally about the ongoing injustices and attacks on workers.

Why do you think the British government is supportive of Turkey’s repressive
regime?
Unfortunately, we have re-elected a Tory government who now have a bigger
majority and who will use this to continue to attack workers here and globally.
The UK is one of the largest arms suppliers to Turkey and although these sales were
partially suspended in October this was only for weapons that may be used in Syria.
Turkey hosts a greater number of refugees than any country in the world and our
government believes that it plays a crucial role in preventing irregular migration into
the EU.
Finally. there is clearly a view that post Brexit there will be an opportunity to develop
a strong trade deal with Turkey. Given the attacks on workers and the oppressive
regime in Turkey this is something which we must oppose.
Successive governments in the UK have stood with the oppressors not the
oppressed. Our current government continues this.

What are your aims for the conference this year?
It is essential that we continue to raise awareness about the current situation in
Turkey and build the solidarity movement here in the UK but also where possible
globally. Personally, I am really concerned about the attacks and violations against women
and I think that this is an area we should really focus on over the coming year.

What are your expectations of delegates attending the conference?
I want the delegates to listen to the personal testimonies that we will hear from our
speakers, to ask questions and develop their knowledge and understanding.

Most importantly I want them to go away from the conference and spread our
message to others. By doing this we can continue to build the solidarity movement
here. 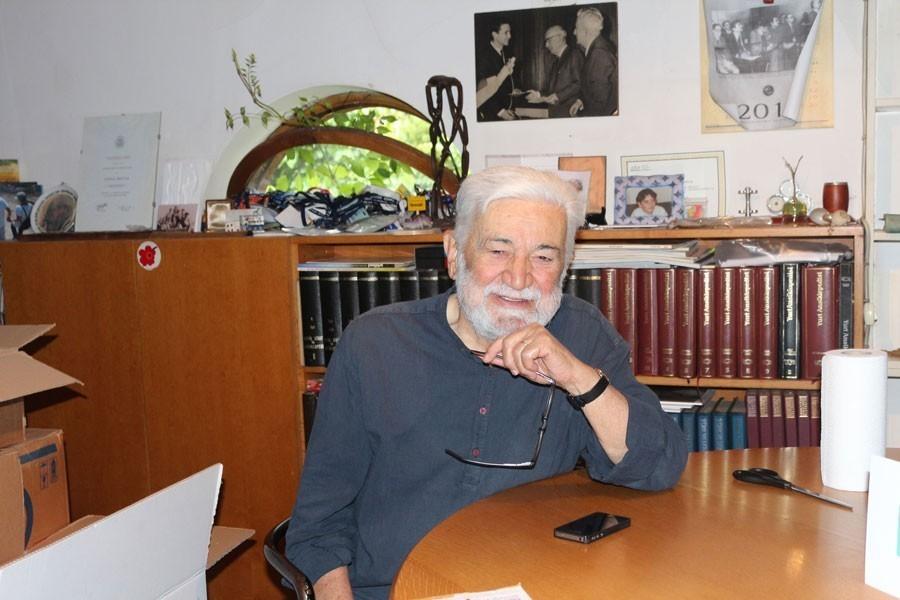 Next
We have lost our columnist, architect Cengiz Bektaş