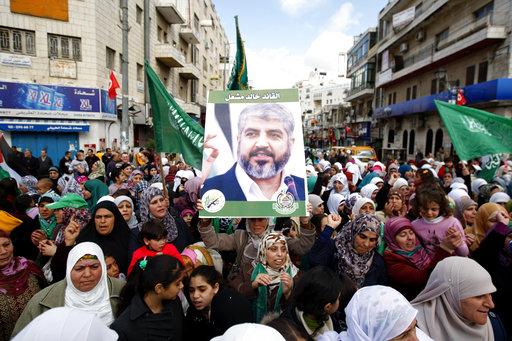 Chairman Khaleed Mashaal announced the new political programme of the Islamic Resistance Movement (Hamas). Why is a change in line?

First the new Charter was introduced on 1 May, followed by the change in Political Leadership. Despite the Hamas leadership statement that the changes were a result of long-term discussions, the developments surprised many people.

Chairman Khaleed Mashaal announced the new political programme of the Islamic Resistance Movement (Hamas) in Doha, Qatar on 1 May. There are marked differences between the founding charter of 1988 and that of 1 May. Hamas no longer sees the struggle with Israel as a religious one. The struggle is expressed as one against Zionists occupying Palestinian lands. Furthermore, the aim of the struggle has been narrowed from destruction of Israel to the establishment of a Palestinian state within the boundaries established by the 1967 agreement. Armed struggle has not been fully abandoned but the fact that they are not a “terrorist” organisation has been stressed. The claim, in the previous Charter, that Muslim Brotherhood represented Palestine has also been abandoned.

Ismail Haniyeh is the new Leader

Mahmoud Abbas stated that this was the line of PLO (Palestinian Liberation Organisation) since 1988 and that Hamas should be self-critical. Israel stated its distrust in Hamas and stated that it sees this as a deception.

Khaleed Mashaal said that the new Charter would make it easier for friendly and allied forces to make the Palestinian case at an international level.

The announcement of the change in the Charter was followed a few days later by the announcement that Ismael Haniye has been elected as the new Leader.

The new Charter coincided with the visit of Mahmoud Abbas in Washington on 3 May and the Trump administration’s preparations for a new period of peace talks between Palestine and Israel.

Why is a change in line?

Political developments in recent years in the Middle East are certainly the reasons for this change. The collapse of the moderate Islam policy of the US in the Middle East, supporting the Muslim Brotherhood; Sisi bringing down Muslim Brotherhood in Egypt in a military coup supported by the US; Saudi Arabia and Qatar supporting the new US approach; these could all be important reasons for the change in the Hamas line.

The social and economic situation in Gazza should also be considered. The antipathy fostered by Egypt, the only door to Gaza, because of Hamas links with the Muslim Brotherhood must also have influenced this change in line.

Tendency to recognise Palestine is strengthening

Will the new charter lead to a reconciliation between Hamas and FLO? That does not seem likely either.

Trump’s announcements on Israel seem to have unsettled the Palestinians. It seems that convincing the US to start a new peace process between Palestine and Israel will again be the task of Mahmoud Abbas. Qatar and others will try to make Hamas a party to such a process.

The new Hamas Charter could lead to a relaxation in the blockade of the Gaza strip but this is not likely to happen in the short term.

Can the new Hamas line be seen as a betrayal of the Palestinian people? The Palestinian and Arab circles that see the change in line as a betrayal are dwindling down. The new Charter is closer to the PLO, Arafat and Abbas line. The PLO line is seen as a sensible path to resolution by global progressive and left forces.

We hope that the new Hamas Charter contributes to the resolution of the Palestinian issue; that Palestinians, forced to live in or escape from their country, turned into an open-air prison through massacres and sanctions, can live in peace in their independent country.

Next
Erdoğan-Trump meeting interpreted by political analysts from Turkey