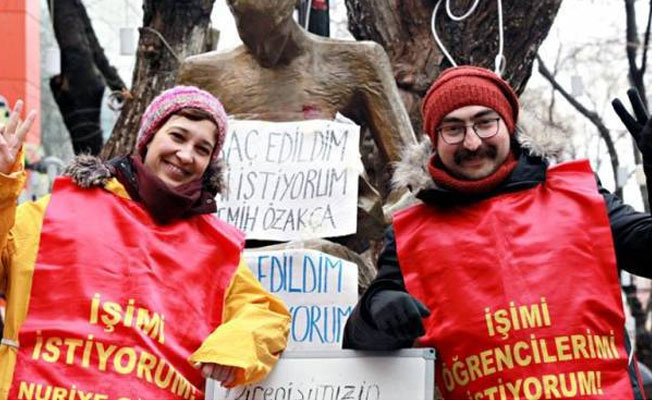 A Turkish academic, Nuriye Gulmen and primary school teacher Semih Ozakca, have been on hunger strike in Ankara for the last 73 days to protest against their dismissal by the government. They are among the more than 150 thousand public workers who were dismissed from their jobs by government decrees following the failed coup attempt in July 2016.

Their health has been deteriorating fast as they have already passed the critical threshold. Authorities have turned a blind eye to their demand to be reinstated. The ruling AKP’s Human Rights Committee representative in parliament said to BBC Turkish service that they should “submit themselves to their fate” and “have faith in the state”. However, Gulmen and Ozakca said they will continue their hunger strike to the end.

Another hunger striker Kemal Gun who is on his 86th day of hunger strike in Tunceli also says he will carry on until his son’s remains are given to him by the authorities. Gun’s son was killed in a military operation last November. Authorities promised the delivery of the remains three days ago but no action has been taken so far. Gun says local authorities have been issuing him a fine of 227 Turkish Lira daily for occupying a public space, a park, during his hunger strike, and the fine totals more than 18,000 TL (£4000). 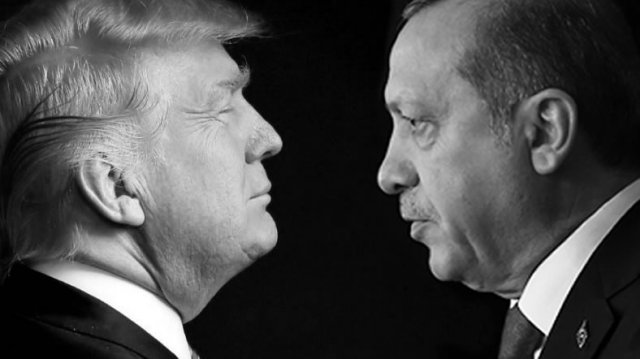 Next
How the “dream” summit became the summit of “fractures”