The “Trump–Erdogan” Summit which took place the previous day, described by president Erdogan as a milestone, lasted for only 20 minutes. If we consider that this dialogue included the need for translators between the two, there remains a maximum of 5 minutes each to discuss important issues between Erdogan and Trump.

The claim that “the real discussions took place during lunch” is simply a way of saving the day. It is debateable how the numerous issues that needed to be discussed were indeed discussed over lunch, and if so to what extent.

The meeting has been a disappointment for all those Trump fans and American lovers (in Turkey).

Whereas, every time an important issue has been raised, AKP’s mouthpiece and pro government media’s well known writer’s stated “Mr Erdogan would be raising this issue when he meets Trump” and have turned the meeting with Trump into “waiting Godot”. Three days prior to his meeting, President Erdogan made a statement at Esenboga Airport claiming that he will have the opportunity to discuss important developments with USA president Trump. “We will be discussing the fight against terrorism, Syria and the issue surrounding the Fetullah Terror Organisation (known as FETO)”. We sent a delegation to USA prior and the delegation has returned. We now want to have a discussion at a more senior level and our discussions will have a final say rather than dragging this point on.” In effect the president stated that, either they accept our requests and we will continue to walk with the USA or we will put a full stop to this and we will both go our own ways.

Prior to the meeting pro government media and AKP political representatives were bragging about being firm and having the final say, whereas now they are grateful that (USA) has not ended the dialogue and are cheering that talks will resume, and are claiming this is a result of Erdogan’s “strategic skills”.

Turkish side announced the meeting as a “milestone”

During Obama administration, the days would start with accusatory call out to USA and those they claim have been pioneering the so called trouble in the country. Now Turkey is the only state which is hopeful following the surprise election of Trump as they believe he will bring “good things” to Turkey.

The argument is that the Trump administration is unaware of the issues and prior to Erdogan’s meeting, see as a milestone, president’s spokesperson Ibrahim Kalin, Chief of defence staff Hulusi Akar and National Intelligence Organisation undersecretary Hakan Fidan were sent to the USA for pre-meeting. Justice minister Bekir Bozdag also got included in this senior level meeting. However while these discussion were taking place, especially at a time when they were in brief talks with Trump at the White House, Trump gave the group of delegates the sell of weapons to YPG – PYD. This was apparently not enough to undermine the relationship with Turkey. Furthermore, following Trump’s clear stance Erdogan made the point about having the final word and that the issue will not drag on. He also stated that it will be his meeting with Trump that will determine the outcome and all issues raised by others have no substance and continued to stress the importance of his meeting with Trump.

The meeting at the white House on 16 May between Trump and Erdogan and the statements after the discussion, where there were two key issues which was raised weeks before the meeting, which was as follows:

However from the statements made following the meeting it is apparent that no progression has been made on this two issues.  Also president Erdogan said he will bring up the issue of Reza Zarrab and the legal case brought against him. It is not clear what discussions have made in relation to this. As this is a legal issue it is not expected that the administration (USA) will comment on the Reza Zarrab case.  It is for that reason that by look at the outcome of the senior delegates pre-meeting and Erdogan’s Washington visit there it should have been no more than the disappointment they have witnessed. If someone cam out and asked if all this cost was for waste it would be difficult to claim that this was not the case.

So the “discussion” was not mutual

In summary the visit if Erdogan and his team which they waited for in hope and for a discussion did not see the same response from USA and Trump. In contrast the gross 20 minute discussion became a net 5 minute discussion on 16 May was probably the least profile welcome shown to senior Turkish officials.

AKP representatives and prominent journalists writing news and columns for the government aligned media must have sensed that the meeting in Washington would not go as expected, and began to move away from their references to the Trump-Erdogan meeting being a ‘milestone’, and instead began referring to the AKP’s general assembly on 21st May as the milestone. They claim that with Erdogan taking the leadership of the party, that all of Turkey’s biggest problems will be fixed with his magic wand. Through this they want to distract attention for the failure of the Trump-Erdogan meeting.

WERE THERE NO BENEFITS TO THE MEETING WITH TRUMP?

In fact what will happen, is that those ministers and senior representatives criticised and held responsible for the policies up until now will be dismissed and those Mayors who they want to wear down and purge, will be placed in the firing line. These actions will be tied into the propaganda claiming that “the only way to freedom is to embrace the one man who knows all, sees all and is all powerful”. But none of these can be expected to resolve the chronic colossal problems that the Turkey faces.

Bold words are no longer enough and this ship cannot continue to sail by making manoeuvres that take no account of the reality of the region and the world. For this reason, if we must say that there is a ‘beneficial outcome” from the Erdogan Trump meeting, then this outcome is that the summit has shown for all to see that the Erdogan government cannot resolve Turkey’s problems through a continuation of its existing policies. 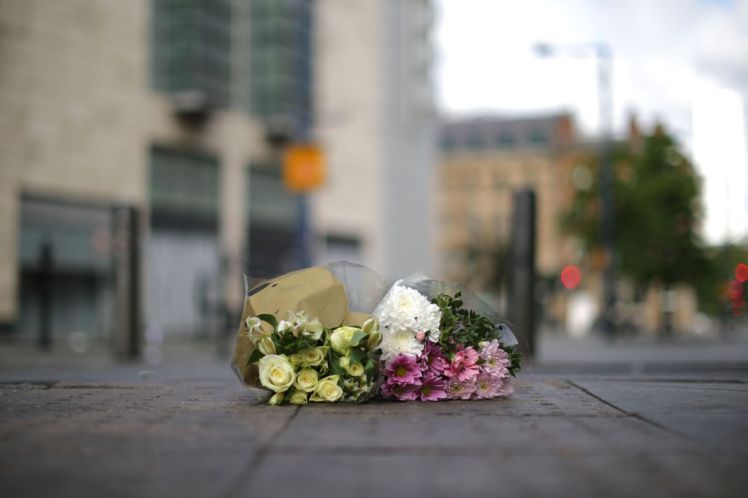 Next
SPOT: We will not be divided