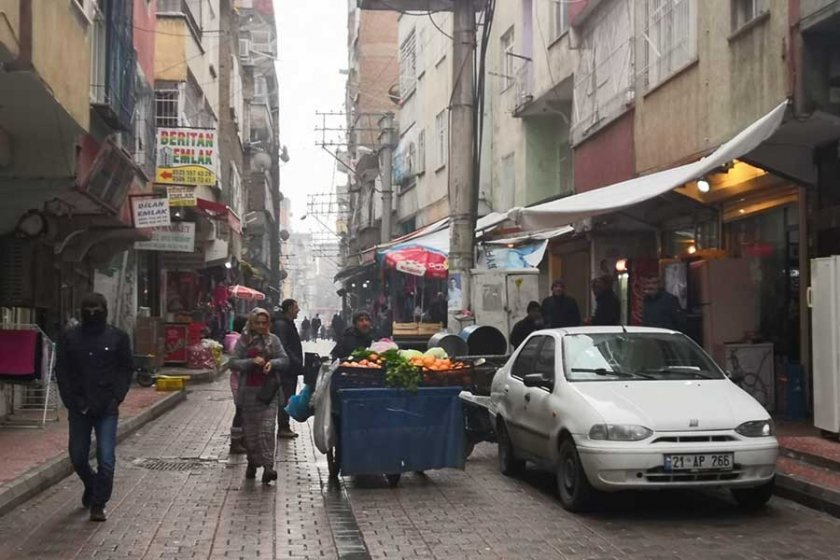 What are Syrian refugees living in Diyarbakır’s Bağlar sub-province going through? Syrians living in the area told us.

Disputes that have been raging of late between Syrian refugees and the Turkish population are turning into a lynch campaign against refugees both on social media and in the streets, and attacks are taking place. We set out for Kaynartepe Quarter attached to Diyarbakır’s Bağlar sub-province to find out what Syrian refugees think. Speaking of an absence of attacks on them here but saying they could make no sense of those taking place elsewhere, the refugees say, “Who wants to leave their own country? Nobody came here out of a whim. With Syria in such a state how can we go there?”

THEY KNOW WE ARE FORCED TO

Fadil is a 32-year-old father of four who was forced to migrate five years ago from Manbij to Diyarbakır. He does his best to stay afloat by working on building sites. He is currently at a loose end, work being unavailable of late. He deplores the lynch campaign that has been set in motion but states that such things will not be experienced in Diyarbakır: “We have been here for five years and have never come across such a thing. We came here and they think we have caused unemployment. True, they employ us more cheaply here. They know we are forced to. What can we do? What are we to eat if we don’t work? We want to go, but with Syria in such a state how can we go there? Nobody came here out of a whim. Who wants to leave their own country?” Then his relative Maruf comes into the shop. He came from Kobani five years ago. On seeing the crowd in the shop, he inquires, “What’s this about?” On being filled in, he points to the economic reasons lying behind events: “These things are due to them thinking we’re taking the bread from their mouths. We want to go to our homeland far more than they want us to, but how can we go without it calming down there?”

Hadi is a father of three and came from Aleppo five years ago. He has a small grocery store. He, too, states that he can’t make much sense of what is going on: “Are all Syrians to blame because one of them went wild? We are Muslims and they are Muslims as well. What issue do we have with one another? I don’t know why there are attacks. There are also bad people among the Turks but we can’t call everyone bad. If there was no problem in Syria we would go back to our own country in any case. I took my kids out of the war and came. We’re trying to live here. We get on well with the people here and they try to help us. I don’t understand why it’s like this in other places.”

WE CAME BECAUSE WE HAD TO

Ahmed is similarly the father of three and also came from Aleppo five years ago. He had a floor tile factory back in Aleppo. Now, he is in the kebab business in a small shop with his partner Jalal. He is from Aleppo, too. Before opening this shop, Ahmed worked in various construction trades such as painting and wall tiling. In the end, he decided to open the kebab shop using what he had learned from his butcher neighbour while in Aleppo. We ask Ahmed about events: “We came here because we had to, for our kids. People need to finally get round to accepting us.” He is most insistent that he has not disputed with anyone in Diyarbakır for the time he has lived here and says, “I’ve made friends and they’ve taught me their language. Nobody complains about us here.” We then speak to his partner Jalal, a father of two. Jalal’s impressions diverge from those of his partner. He has experienced no problem, either, but notes there are those who say they are unwanted. He says, “I think foreigners are not wanted here.” Indicating that he was not happy to be living in Turkey, he declares, “But I know I have to live here.” Jalal continues, saying that the disputes that have broken out with Syrians have suddenly been directed towards all Syrians: “There may be bad people among us but they call at once for all Syrians to go. This place has its share of bad people, too, but it’s wrong to call everyone bad.” We ask Jalal if he gets monetary assistance and he says, “No.” When we ask the reason for this, he says you must have at least three children to qualify for monetary assistance. We ask half-jokingly, “Are you thinking of having a third?” He replies laughingly, “No, I’m having trouble taking care of two.”

THEY HAVE NOW BECOME PEOPLE OF THIS NEIGHBOURHOOD

Following the clashes in Sur, Ahmet Kaya upped sticks from there and settled in Ceylanpınar. We speak to Ahmet in the shop where he has come to help out his in-law. He describes relations with Syrians by saying, “There are thousands of Syrians in Ceylanpınar. We have mixed together there. They have now fused into the population here.” His take on the chief reason for the racist attacks against Syrians is, “Syrians are seen as being to blame for unemployment and getting low wages. We have to rid ourselves of this idea,” and he adds, “They do us no harm. They should stay wherever they feel at ease. If conditions arise for them to return home and they want to go, they should do so. But we have no right to tell them to go.” Ahmet puts down as “irrational” the things said about Syrians and says, “Going by what is said from the outside, the Syrians lead very good lives. But this is not the case. They are made to do the worst jobs and are given the lowest pay. We need to ask serious questions about this.” 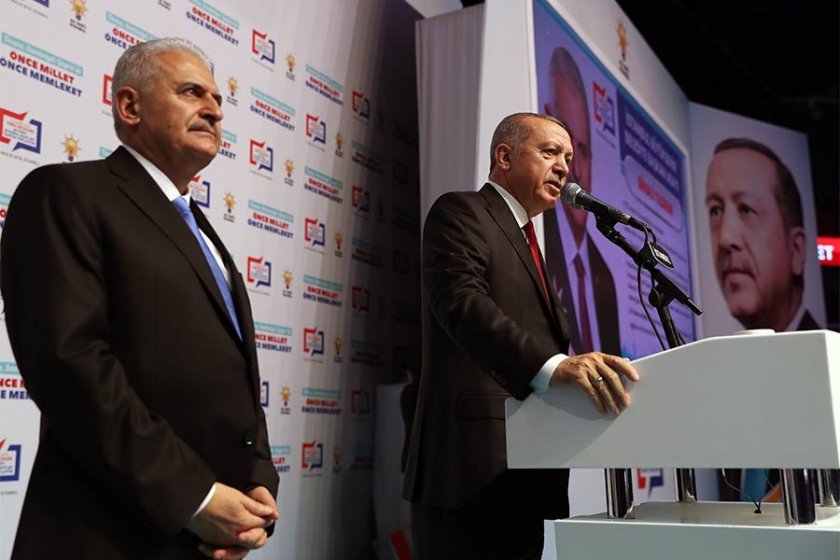 Next
Gripped with fear, the AKP-MHP alliance is heedless of the mere Constitution!