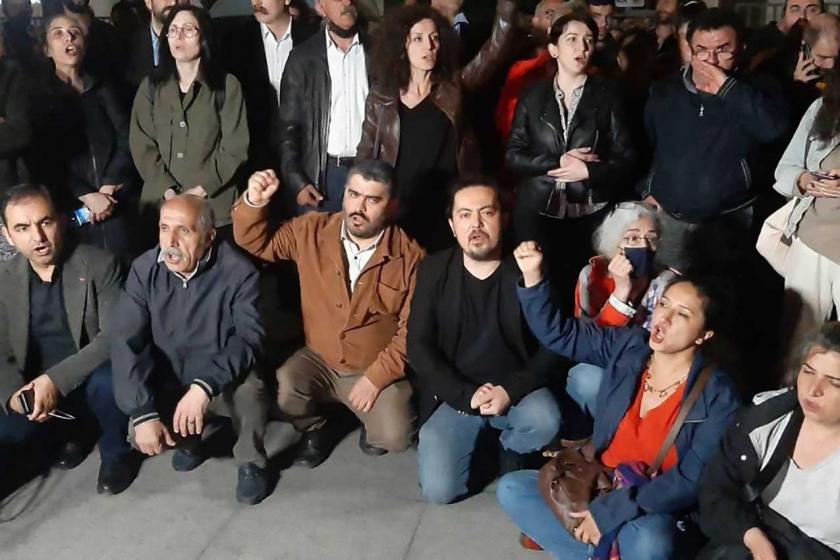 A Turkish court in Istanbul has sentenced Osman Kavala to aggravated life imprisonment on the account of allegedly “attempting to overthrow the government” in 2013. The court also sentenced seven activists to 18 years imprisonment with an order for their immediate detention for “aiding the attempt. ”

The trial, widely referred to as the Gezi trial, accused Kavala and a wider group of activists, journalists and individuals of organising the Gezi protests with the aim of overthrowing the government. The Gezi Park protests started in 2013, with opposition to the bulldozing of Gezi Park in Istanbul – which sparked protests across the country against the government.

“Today, we have witnessed a travesty of justice of spectacular proportions. This verdict deals a devastating blow not only to Osman Kavala, his co-defendants and their families, but to everyone who believes in justice and human rights activism in Turkey and beyond.”

“The court’s decision defies all logic. (…) This unjust verdict shows that the Gezi trial was only an attempt to silence independent voices.”

Emma Sinclair-Webb, Turkey representative for Human Rights Watch, said the verdict was an “active defiance against the Council of Europe”.

Following the decision of the court, Gezi Park activists expressed that they will not bow down no matter the consequences.

Can Atalay, one of the defendants said “We will resist oppression!”

Today’s notorious convictions confirm that the “Gezi Trial” is politically designed to punish and harass dissidents in Turkey. As SPOT we are supporting Gezi and express full solidarity with the defendants.

Following the court’s decision, Taksim Solidarity announced that it would be holding an ongoing vigil outside Caglayan Court. The Izmir Law Society will also be starting a vigil outside the law society against the decision.

Background of The Gezi Park Protests

Gezi events started as a protest against the redevelopment plan for Gezi Park in Istanbul in 2013.

At the beginning local residents were objecting to the destruction of the park. After police forces’ violent attacks against the local protestors, well attended demonstrations were organised to protest against the planned destruction of Gezi.

Various non-govermental organisations set up a collective platform to coordinate the protests. These protests led to national protests against the regime’s attacks on the environment, human rights and any democratic opposition to the ruling AKP.

The park turned into a protest camp with similar protests, in solidarity with the protestors, emerging across the country. Protests shook the country with 11 deaths. Large scale arrests were made and protests eventually evolved into a loud call for Prime Minister Erdogan’s government to resign.

Since then Erdogan has been pursuing his personal vendetta against Gezi activists, and the Gezi Park Trial has been pursued on fabricated charges, a complete lack of evidence and a  to comply with the rule of law.