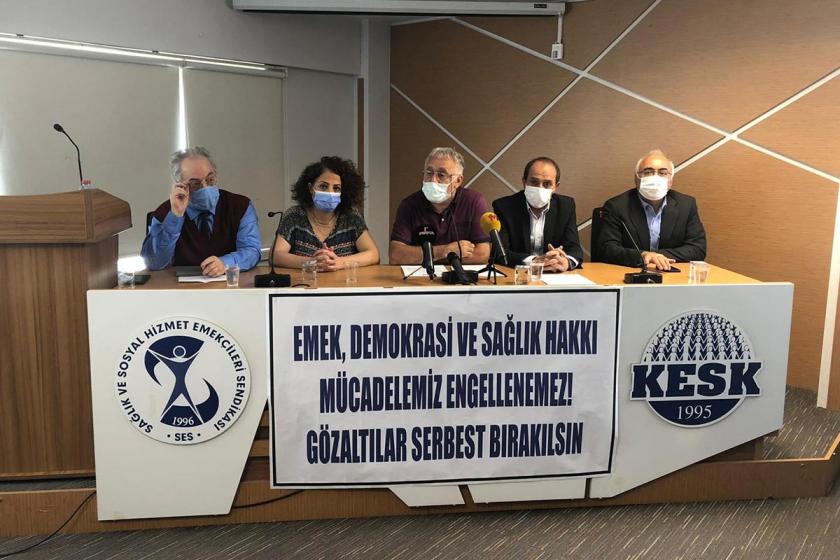 Trade union leaders and the members of the Turkish Health and social service workers union (SES) were arrested last week.

The Ankara Chief Public Prosecutor’s Office claims that the SES members “operated under the name of ‘the public health committee’ but were connected with the Kurdistan Workers Party (PKK).” It is believed that the prosecution’s claim is connected to the previous accusations related to the round-the-clock military lockdown lasting 78 days from December 2015 to March 2016 in Turkey’s Kurdish populated towns. At the time SES members were accused of aiding “terrorists” due to their volunteer ambulance service in the area which saved lives during the military lockdown.

“The arrest of health workers is an intervention in the fight against the pandemic” said SES and Ankara Chamber of Medicine in their recent press statement.

The European Federation of Public Service Unions (EPSU), Unison and Unite the Union (UNITE) has also expressed international solidarity with the Turkish health workers and called for their immediate release.

As SPOT we are calling on the Turkish government to release the health and social service workers immediately.

Next
Gendarmerie opens fire on peaceful protest in Turkey