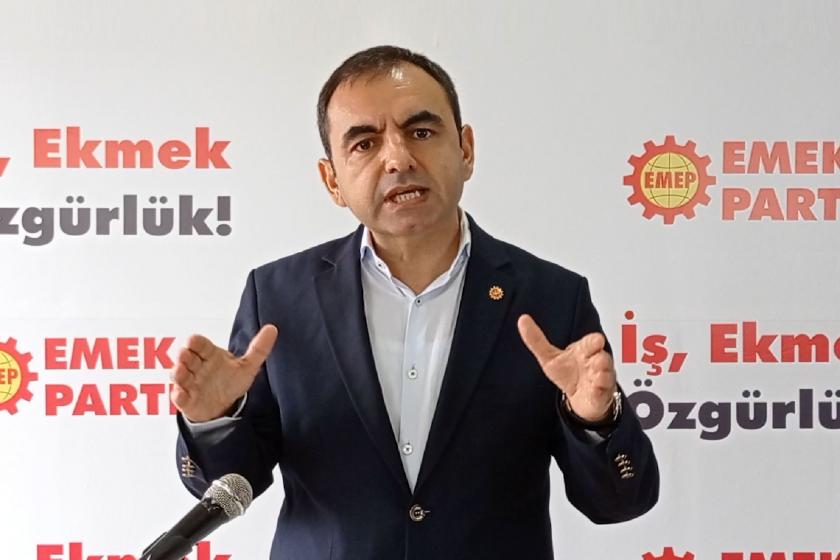 Ercument Akdeniz, the chair of the Labour Party of Turkey (EMEP) said on Tuesday, that the Kurdish question is a fact in Turkey and “the denial of the democratic demands of the Kurdish people is the main source of this question.”  Akdeniz made his statement on Twitter regarding the current discussions about who will be the interlocutor for the solution of the Kurdish question.

EMEP Chair Akdeniz also criticised the continuing discussions about the legitimacy of the Peoples’ Democratic Party (HDP) by underlying that “HDP is a democratic, legal and legitimate political party” and said that “The democratic solution of the Kurdish question is the responsibility of the people of Turkey as a whole, beyond the HDP.”

Debates on the interlocutors in resolving the Kurdish question sparked as Kemal Kilicdaroglu, Chairperson of the main opposition Republican People’s Party (CHP) commented on the Kurdish question in a documentary saying that his party could work with HDP to resolve the issue.

Sezai Temelli, former HDP Co-Chair commented on Kilicdaroglu’s remarks saying that Abdullah Ocalan, the imprisoned leader of the outlawed Kurdistan Workers Party (PKK) is “the interlocutor” on the Kurdish question.

The extremist right wing political formations reacted fiercely to the statements of both Kilicdaroglu and Temelli. The Nationalist Movement Party (MHP) argued that the “CHP administration’s actions and statements have turned into a national security threat.” Bahceli the chair of MHP accused Kilicdaroglu for “legitimizing HDP” and said that there is not a “Kurdish issue” in Turkey and the ones who claims there is are “cravens.”

Meanwhile HDP Co-Chair Mithat Sancar has welcomed the remarks of main opposition leader and stated that the Parliament is the place of resolution and yet there are also other actors in the resolution of the Kurdish question.

Selahattin Demirtas former HDP Co-Chair also commented on the debate via his attorneys. Demirtas said that HDP is a political actor that aims to resolve all problems of Turkey, including the Kurdish question.