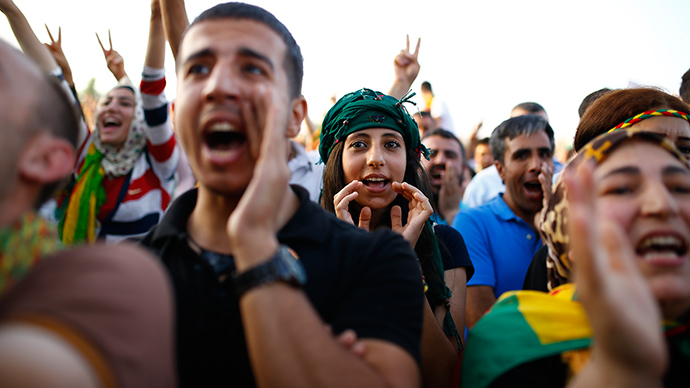 The referendum for a constitutional amendment that will take Turkey to a “one party, one man regime” was held last Sunday.

Initial reports show a 51.4 “yes” and 48.6 “no” vote. Both the close results and the fact that the two big parties of the “no” camp, People’s Republican Party (CHP) and the pro-Kurdish Peoples’ Democracy Party (HDP), raising their objections to the irregularities of the referendum is a sign that the controversy surrounding the referendum will be on the political agenda in the coming days, if not months.

Under normal circumstances 50 per cent +1 would technically be considered to have won in a referendum on something that would not change the regime of the country. However, the constitutional amendment voted on recently is not an ordinary thing as it brings substantial changes to the regime. Therefore, a 51 per cent “yes” vote cannot unify a divided people or be considered “legitimate”, especially if there is extensive suspicion around the results.

* mobilised and used everything at their disposal, including the state owned transport vehicles;

* used the state of emergency, government decrees and the anti-terror law to terrorise the political climate and intimidate the “no” camp;

* mobilised governors, prosecutors, local governments and security forces to ban the “no” rallies;

* used even the mafia related gangs and civil militia in addition to the security forces to intimidate the “no” vote;

* stigmatised the “no” camp by identifying it with the “coup” supporters and the so-called “Fethullah Gulen Terror Organisation – or FETO for short”, named after the self-exiled cleric who is said to be behind the failed coup;

* manipulated all nationalist, religious, moral and cultural values for their black propaganda;

* and dominated the whole referendum process in an unlawful and unjust way, knowing no limits in exploiting even the most sensitive domestic and foreign policy issues.

Despite all repression and obstruction, with a 51.4 percent “yes” and a 48.6 percent “no” vote the referendum result appears to be on a knife-edge.

Another important point is that the biggest cities of Turkey –Ankara, Istanbul, Izmir, Adana and Antalya – have scored a “no” vote. This is a sign that AKP is losing support in big cities.

Therefore, we can say that this referendum will

* pave the way to developments that will deteriorate the problems with regards to Turkey’s domestic and foreign policy;

* open the legitimacy of the referendum and of the constitutional amendments;

* and not even be a Pyrrhic victory with this “yes” vote.

The realities of the referendum indicates significant possibilities for the “no” camp, for Turkey’s progressive democratic forces and the working class party in the short term, as well as for political restructuring in Turkey and the advancement of the positions of the working class.

Next
Erdogan and the AKP government claim victory in rigged referendum