Approximately 50 million voters headed over to the ballot boxes on 16 April to vote on the referendum for constitutional changes in Turkey.

The public were presented with manipulated figures, purporting to show a victory for the Yes vote, equivalent to 51.4% ‘yes’ and 48.6% ‘no’. All big cities such as Istanbul, Ankara, Izmir, Adana, Mersin, Antalya and Diyarbakir voted against the constitutional changes.

Even so, while approximately 1 million votes were disregarded as unacceptable, 2.5 million ballot papers without official stamps were counted as legitimate. It clearly states in the election laws that ballot papers that are not stamped must not be accepted. This decision, which was approved by the Supreme Election Council (YSK), is being used to turn over the results with a ‘done and dusted’ attitude.

The will of the public is trampled on

In spite of referendum result showing a “No” majority in the referendum and the discovery of unsealed ballot papers in the ballot boxes, efforts are being made to announce an official “yes” victory. The two leaders of the main parties (AKP and MHP) who campaigned for a “yes” vote, made announcements thanking the nation whilst, ignoring the criticisms of numerous breaches of due process and concealing the fact that the “no” campaign won the referendum vote.

Despite the fact that the new constitutional changes have been rejected by the voters, the will of the public is trampled on and through cheating and lies a dictatorship is being imposed.

OSCE critical of the referendum

The referendum was held under state of emergency and the Organisation for Security and Cooperation in Europe (OSCE), of which Turkey is a member, stated that the conditions for the vote did not appear “fair”, and that the Supreme Electoral Council did not act in a transparent way.

We will not be silent

We therefore call upon all democratic forces of Britain to support the struggle of the people in Turkey against the undemocratic measures.

We call on Theresa May to refuse to recognise the outcome of the referendum, suspend all arms sales and pressure other bodies to do likewise. We urge the government to send a delegation of MPs to visit the country as a matter of urgency and meet the opposition and hear their voice. The government should strongly condemn the jailing of MPs, journalists and the lack of freedom of press, free speech and attacks on the opposition.

Finally, we urge you to inform the public, pressurise the UK government to take a stand on the basis of the concerns highlighted by OSCE and international observers.

Please send letters of protest to the Supreme Election Council of Turkey for its decision to validate illegally the 2.5 million votes cast without the official stamp to ensure a “yes” result is achieved. 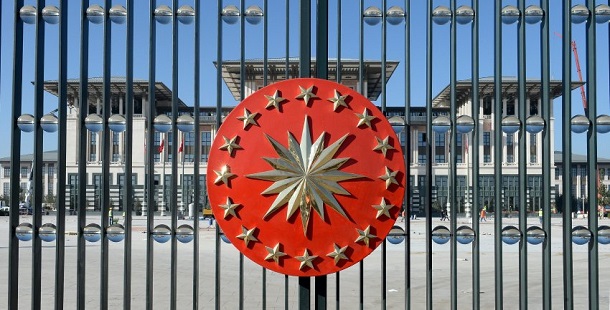 Next
The referendum and its results are not legitimate!