All the big cities, the industrial regions, with the exception of the city of Bursa and Kocaeli, declared “No, We Will Not Accept a One Man Dictatorship.”

Istanbul, Ankara, Izmir, Adana, Mersin, Diyarbakir… have all said its not possible but the ‘lads’ are saying, “of course it is, Turkey has won.” As if Istanbul is a city in Patagonia; the city where AKP has the majority! Add to this mix Bahceli’s MHP the majority is less then half. Across Turkey there is a 10 per cent decline in AKP and MHP votes. Apparently “Turkey has won!” What a victory!

When the state contraption has exclusively worked for the “yes” vote… when not only the gentlemens’ aeroplanes, official cars but also the whole of the “yes” campaign is sponsored from by the Treasury… When almost all newspaper and TV stations are confiscated through sackings and threats; mainstream TV and other remaining stations, with the exception of one or two, had campaigned 100 % for the “yes” vote. Under circumstances of complete disregard for equality or impartiality.

Under the circumstances of brute force of the state was put in action when the power of money was not enough. While the positions of governors and district governors could not be told apart from provincial chairman and district heads of the AKP the “No” campaigners had their rallies and meetings banned, could not find halls meetings… When every which way you look nothing but “yes” banners adorned cities, the “no” campaigners’ banners could not be seen anywhere; either not allowed to go up or quickly pulled down.

When polling clerks of opponent parties such as HDP and CHP were taken off committees for not being “reputable individuals”…  When the opposition witnesses at the polling station were expelled from duty. When, from the outset, the state either did not take ballot boxes to some areas, especially to those in the south-east, or placed them in areas that were unaccessible for the majority… Despite clear legal regulation, just like two months prior to the referendum, armed soldiers or police guarded polling stations.  In a series of villages the village guards and chiefs openly stamped “yes” in batches of 20-30 ballot papers at a time. Polling clerks have stamped unstamped ballot papers with official seal after the ballet boxes were opened.

And millions of unstamped envelops! Despite clear legal regulations and old Supreme Election Committee’s (SEC) decisions these votes were counted as valid. It is not even a controversy; the vote count was openly swindled. SEC later announced, if the ballot envelopes could not be proven to have been brought from outside “these sort of things do happen!” Gentlemen, you were supposed to have had the envelopes ready at the ballot boxes. If you haven’t, then unstamped envelopes are invalid. You cannot count them as valid; imposition does not make it valid. You want it to be accepted by force? The name for this kind of force is obvious! It is what you called Germany and Holland for not allowing you to hold referendum meetings in their countries in order to guard the safety of their citizens.

Apparently the “paper used for envelops are distinct” and are “watermarked”… and apparently  “voters right cannot be prevented because the ballot council has forgotten to stamp the envelopes.”  Get over it! Wouldn’t the devil look after his own!

Despite the unequal race, the power of money and oppression and the envelopes kept at bay the margin was still so small!

It is said that the number of unstamped envelopes are about 2.5 million, this figure does not include those stamped by polling clerks after balled boxes were opened. 2.5 million roughly equates to 5 per cent; 1.5 million is roughly 3 per cent! The difference between “yes” and “no” is a little over one million; this is about 1.5 per cent!

No! This referendum and its results are not legitimate. “One party and One Man” authority is a blatant imposition on the people! It cannot be accepted! 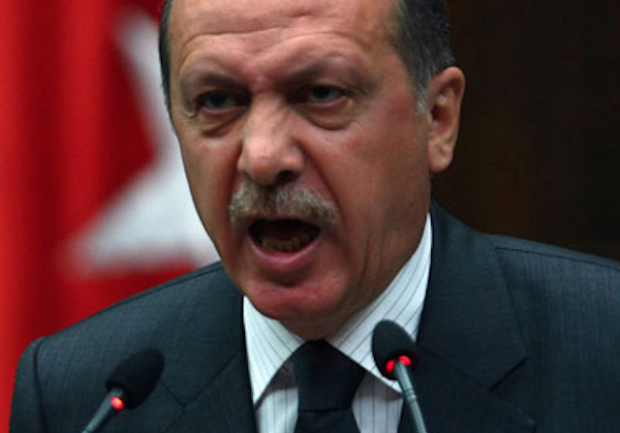 Next
REMAINS OF A HIGHLY-DISPUTED VOTE