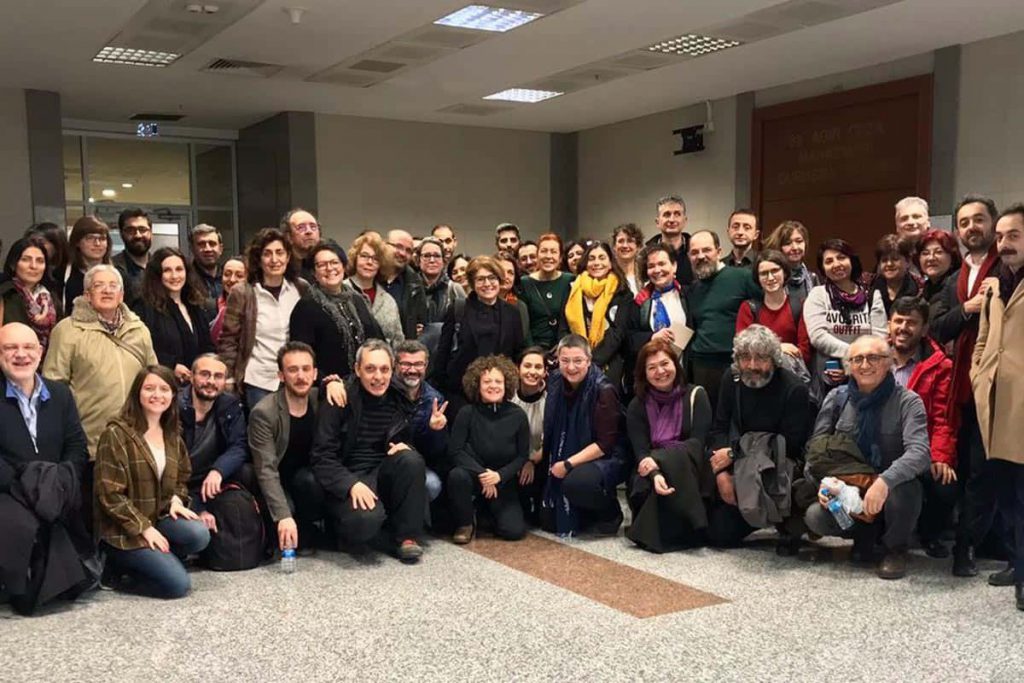 Prosecuted for having signed the peace declaration titled, “We will not be party to this crime,” 27 peace academics have been handed down jail sentences.

The joined case of 27 academics being prosecuted for having signed the peace declaration titled, “We will not be party to this crime” was heard at Istanbul Serious Crime Court No 33. The court handed down sentences of one year and ten months to one group of the academics and two years and three months to another group.

Academic Yüksel Taşkın’s lawyer Adil Demirci made a written submission to the court applying to submit a plea of unconstitutionality. Arguing that Article 7/2 of the Counterterrorism Law that provides for “terrorist organization propaganda” is contrary to articles of the Constitution, Demirci sought the making of application to the Constitutional Court for the annulment of the article and for a stay of the proceedings until the reply was forthcoming. Meltem Ahıska’s lawyer Alp Tekin Ocak, in turn, called for the file to be sent to the Ministry of Justice to obtain permission under Article 301 of the Turkish Penal Code and for a stay of proceedings until the reply was forthcoming. Ocak additionally applied for joinder with the file of four academics whose cases were pending before Istanbul Serious Crime Court No 13. To attorney Meriç Eyüboğlu, who applied for the video link to be turned on at the hearing, the presiding judge asked, “Did you make a written submission?” Eyüboğlu said that there was no such requirement. To this, the presiding judge said, “Please proceed. I will have it taken down that I approve.” Eyüboğlu also requested application to the Constitutional Court in respect of unconstitutionality and for enlargement of the examination. The hearing prosecutor sought the dismissal of the applications “in view of the current evidentiary situation in the case and the stage reached by the case.” With the court granting the application for the turning on of the video link, it dismissed the other applications. The prosecutor then gave his recommendations on the merits and sought the punishment of the 27 academics for the crimes with which they are charged.

“I DEMANDED MY RIGHT TO PEACE”

Following the lawyers’ applications, the court moved on to the academics’ statements on the merits. Academic Hülya Kirmanoğlu stated her lawyer was at another hearing and said she wanted to make her defence later. The presiding judge said, “We rejected your lawyers’ reasons for absence. Please proceed with your defence.” Kirmanoğlu submitted her defence to the court. Rejecting the charges laid, Kirmanoğlu asked to be acquitted. Academic Haydar Durak included the following in his statement, “We simply wanted peace. Wanting peace is not a crime anywhere. But our colleagues have been punished in different courts. I do not wish for you to be party to this erroneous decision.” Academic Özgür Müftüoğlu said, “I demanded the universal right of peace in compliance with the law. Frankly, I still think we will not be punished because there exists no crime. I think the granting of deferment of sentence restricts the right of defence and I do not consent to it.” Following the academics’ statements, the attorneys submitted their defences on the merits and asked for their clients to be acquitted.

TWO DIFFERENT PUNISHMENTS FROM THE SAME COURT FOR THE SAME DECLARATION

Awarding contrasting sentences of two years and three months to fourteen academics the court’s grounds were as follows: “It having been ascertained that they committed the offence of making terrorist organization propaganda, for them to be sentenced to one year and six months each with it deemed appropriate from the contents of the file to apply a penalty that deviates from the bottom limit in accordance with the defendants’ acts taking into consideration the manner in which the offence was committed, the significance and value of what was involved in the offence, the place and time at which the offence was committed, the gravity of the defendants’ intention-based fault, the gravity of the danger posed, the defendants’ positions and the principles of justice and equity; and, with it ascertained that the offence was committed through the press and publication, for an extension to be made and a sentence of one year fifteen months to be imposed.” No reduction was made to the sentence on the grounds of “the defendants’ failure to engage in sincere contrition and their demeanour and actions due to their conduct following the act and during the proceedings.”

Since the sentences were of more than two years, suspension and deferment of sentence were not applied. 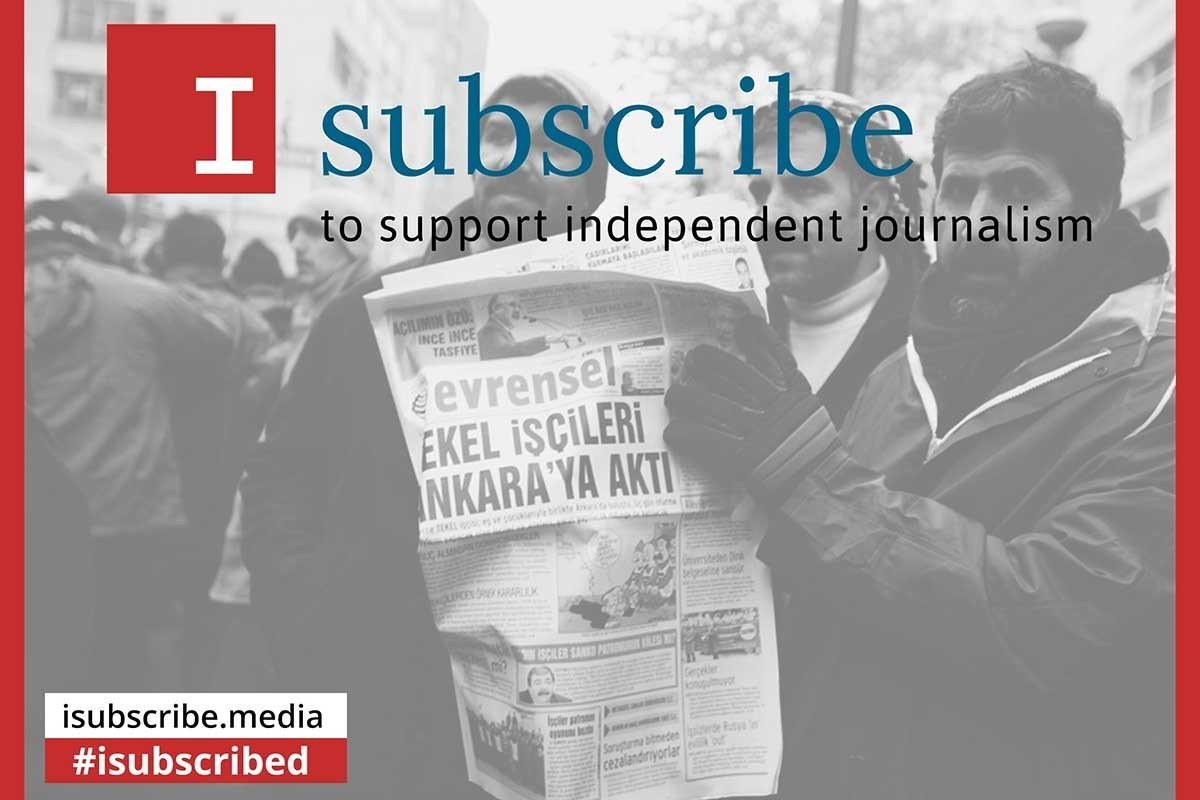 Next
‘I Subscribe’ campaign continues with Evrensel and BirGün