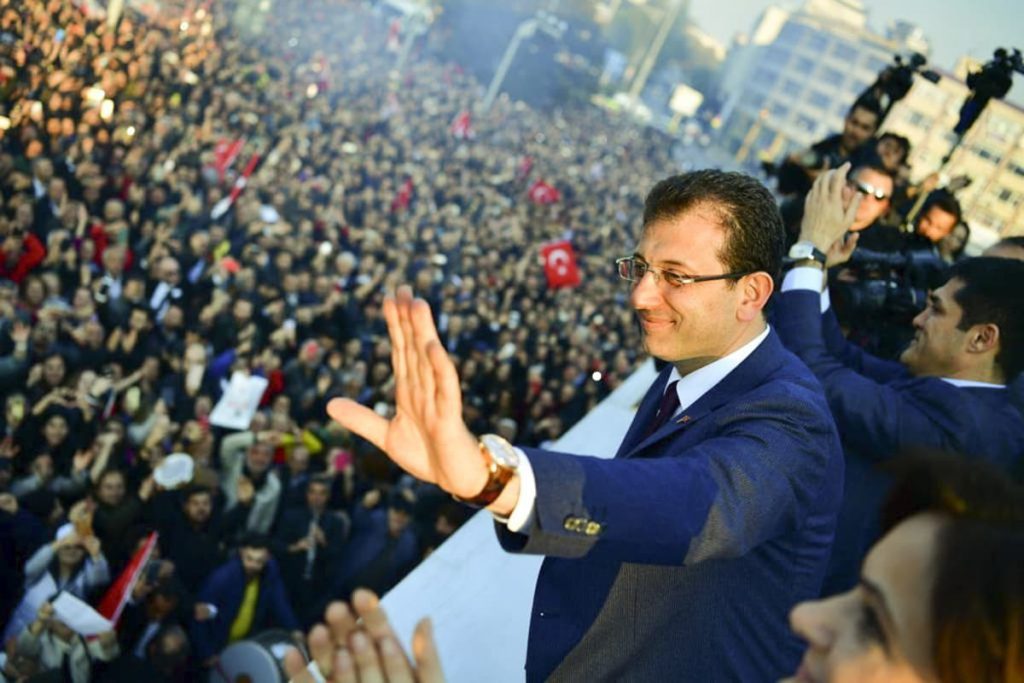 İstanbul Metropolitan Mayor-elect for the CHP, Ekrem İmamoğlu, gets the certificate of election from provincial election council.

Following a number of recounts from Turkey’s local elections last month, the İstanbul mayoral candidate from the main opposition party on Wednesday received his certificate of election from electoral authorities.

Ekrem İmamoglu of the Republican People’s Party (CHP) was awarded the certificate of the election at İstanbul Courthouse, where the İstanbul Election Council is located, to become mayor of Istanbul.

The certificate followed recounts in districts of the metropolis such as Maltepe, Büyükçekmece, and Fatih.

Having obtained his certificate of election from the Provincial Election Board housed in the Istanbul Judicial Complex, İmamoğlu proceeded to the İstanbul Metropolitan Municipality building for the handing over ceremony.

Before ascending to Mevlüt Uysal’s office for the ceremony, Ekrem İmamoğlu addressed a large number of citizens who had gathered in front of the town hall. İmamoğlu said he would make an address on top of the campaign bus following the handing over ceremony. İmamoğlu said, “We took our certificate of the election on behalf of our sixteen million people. We never gave up on society’s faith in democracy and the fight for this. We did not surrender anyone’s right. We said, ‘We will not let the right of sixteen million be usurped.’ There are processes continuing just now. We’re aware of this. We’re certainly expecting clear pronouncements immediately from the relevant bodies in connection with these processes for the wellbeing and happiness of our residents of our city. Our mind is clear. The onus is on us from now on. We’ll continue on our path while protecting the moral values and lifestyles of the people living in this city.” İmamoğlu went up to Mevlüt Uysal’s office and officially took over as Istanbul Metropolitan Mayor.

Following the handing over ceremony, İmamoğlu mounted the campaign bus in front of the town hall and addressed the thousands of citizens who had assembled there. İmamoğlu spoke as follows:

I will devote myself to the babies, children and young people of this city. My valued fellow city dwellers, we have constantly spoken of this in the streets and squares, we will smile at one another. Nobody is now alienated.

What counts is serving this city and this world. We reject service for oneself, for particular people, for parties. We are coming to serve this country’s and this city’s people. We will serve everyone. I will serve supporters of the Republican People’s Party, of the Good Party, of the AK Party, of the MHP, of the HDP and of the Felicity Party. I will not discriminate against any of my people.

My hand will be in your hand at all times. My valued fellow city dwellers, I also want a promise from you. I will make a mistake one day. To put it bluntly, I may stumble and fall. Are you prepared to hold my hand and lift me to my feet as sixteen million people? I have come to be your fellow traveller.

I have special thanks for those who stood democratic watch over the ballot boxes for seventeen days, my deputy general chairs and members of parliament who did not leave me on my own over this process. I thank my party that brought me into togetherness and acquaintance with you in this way. I thank my party’s general chair, Kemal Kılıçdaroğlu, with all his interest and reassurance.

I thank the Good Party that was in alliance with us with its full support and steadfastly stood at my side at all times. And I thank its most valuable General Chair Meral Akşener.

I thank all those who live in this city regardless of whether they voted.

We will unite this city with the arts, production and science. We will not busy you with empty goings-on. We have to do a lot of work. We absolutely need the labour and experience of all of you. I promise you the most democratic of mayoralties.

Going home from here tell all those you see in a smiling, cheerful, enthusiastic and hopeful way that a new start has come to Istanbul.

I want a promise from you. Tell the whole of Istanbul and everyone will bring one of their neighbours to this weekend’s gathering. Will we sing songs arm in arm with women, men, kids and youngsters? There is to be no discrimination in bringing your neighbour here. Everyone will invite everyone.

When I set out on the road, I said you will love me dearly. Have I kept my word?

After having completed our duties, we will go to Atatürk’s Mausoleum once more.” (EVRENSEL DAILY) 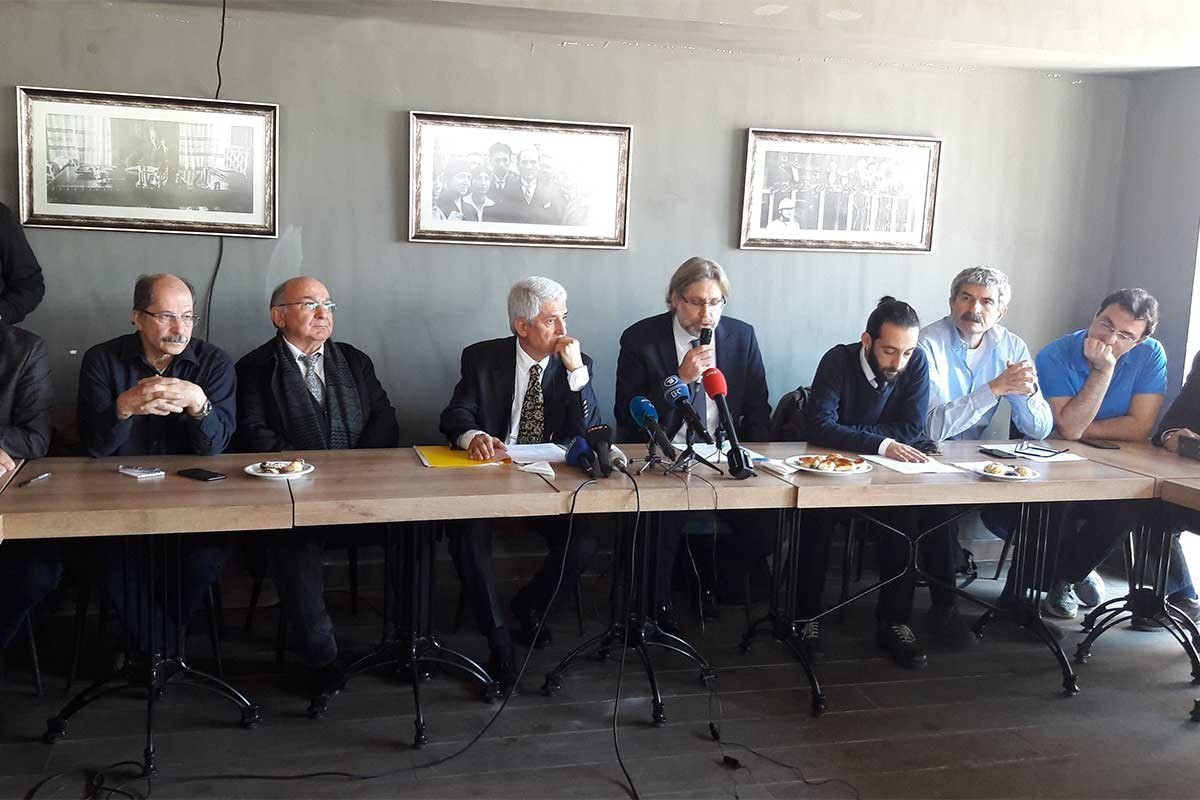 Next
Cumhuriyet staffs talked before returning to jail: May things go well for us on the inside and you on the outside