Erdoğan and his rulership brought the country to the economic and political crisis and ruin and worthless isolation.

Having attempted in 2011 to become the leading country in the intervention in Syria, and becoming enemies with its neighbours, Turkey was also abandoned by imperialist powers that initially supported this policy. At the time, to cover the predicament they found themselves in, the AKP – Erdoğan leadership came up with a new concept; Valuable Loneliness!

Contrary to the common belief that it was the then Prime Minister Davutoğlu, the person that came up with this concept was the current Presidential Spokesperson İbrahim Kalın – senior consultant for external affairs at the time. The leadership defined ‘valuable loneliness’ as an honourable stance, Turkey’s determination to single-handedly defend the truth in the region (Middle East).

In the capitalist system, you cannot find ‘new friends’ – read new markets – just like that. Let’s look at the latest figures: Turkish international trade in 2017 was 391 billion dollars (imports 234 and exports 157 billion dollars). Almost half of this trade is with the EU and the US. Furthermore, approximately 70 per cent of the foreign monopolies that invest in Turkey is also from the same countries. Foreign monopolies withdraw from countries where their interests are threatened; =-pence, following the 15 July coup attempt, in a meeting organized by TOBB (The Union of Chambers and Commodity Exchanges of Turkey) and International Investors Association of Turkey (YASED), Erdoğan said “Any investor that worked with us in the last 14 years never lost in this country. On the contrary, they gained and will continue to gain… We will not do anything that will hurt or upset investors. I for one will not allow this. Do not be concerned.”

Consequently, a regime that is so dependent on western monopolies will find it hard to make ‘new friends’; in the event that it does, as in the case of Russia and China, these ‘friends’ will exploit Turkey’s predicament and impose further aggravated conditions.

Hence Erdoğan and his rulership brought the country to the economic and political crisis and ruin and worthless isolation.

Is there not a new path, a way out for Turkey?

Of course, there is. But this path is not one that is based on supplementing one imperialist or another; one that is unashamedly admits that it uses OHAL (State of Emergency) and politics of oppression for the interests of bosses; it is not one that can be taken by the Erdoğan rulership, which says “I am the guarantor of your interests” to national and foreign investment. Because, to enter this path, an economy-politics that prioritises humane living and working conditions for primarily the working class and the rural population and puts interests of the people at the centre is needed; as opposed to using the resources of the country to save monopolies.

Such a path requires all dependency relations with imperialists to be severed; a new foreign policy that seeks peace with neighbours and reinforces peoples’ right to self-determination must be established.

Such a path requires a real democracy, a peoples’ democracy that wrests the rule from ‘one man’ and gives it to the people.

In short, a struggle for work, bread, independence, peace and democracy by the working class and the people is the only way to save the country from this worthless isolation that the rulership dragged the country into. 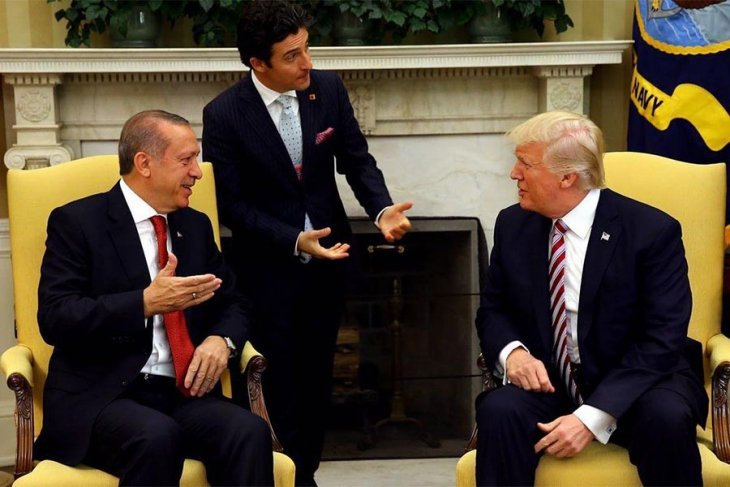 Next
Is Trump responsible for the situation of Turkey’s economy?