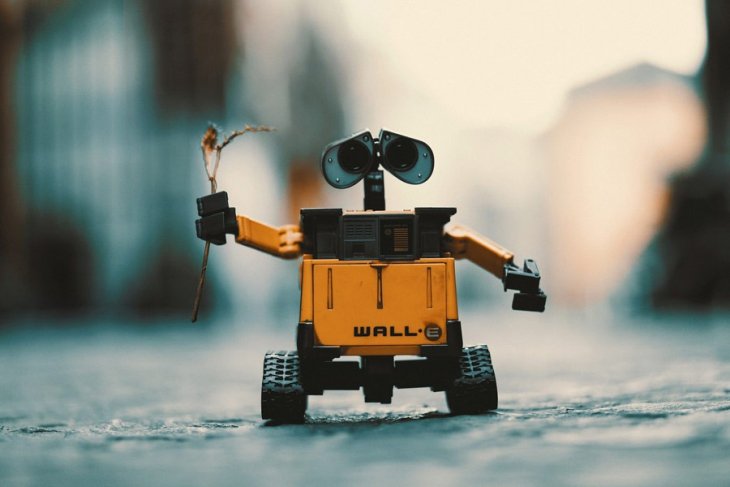 If the robots have been exploited by capitalism, will they attend May Day marches for that reason?

An interesting caricature appeared on Süddeutsche Zeitung, one of the most prominent newspapers in Germany. In this caricature by Oliver Schopf, four robots are marching with a May Day banner. One of the robots appear to be holding a flag “May Day 4.0” written on it.
The message Schopfintents to give, of course, is that if Industry 4.0 effectuates, robots replacing heavy industry workers will also participate in May Day celebrations instead of these workers.
So the message given is that workers would not have to attend to May Day marches in order to claim their rights.
But it is also possible to view the caricature from the opposite angle: The robots will have been exploited enough by capitalism too, so they may attend May Day marches for that reason.

If robots with “artificial intelligence” are able to think like human beings, perceive like they do and proceed to make evaluations according to situations, then it is also possible for robots with “artificial intelligence” to act against the will of their bosses.
The workers working around the clock alongside conveyor belts are taking their place in May Days, strikes and marches because they do not want to comply with the wishes of the bosses.

Making use of robots more frequently and discarding human labour is discussed heavily in the context of Industry 4.0 in the last few years. This debate is naturally distressing for workers of industrial plants the most. How this situation is going to affect automotive sector, the backbone of German industry, is a largely speculative matter.

It is in plan to use more robots in order to reduce manufacturing costs since all monopolies are conditioned to produce more and cheaper electronic cars. Ford’s European headquarters located in Cologne are discussing the upcoming situation after 2021. It is needless to say, using robots in manufacture is neither a new development nor a new debate. Robots are broadly used in many sectors already. Nonetheless, a state of “manufacturing without human labour” is not yet achieved. Even though the number of human workers is reduced, there is no industrial plant without human workers. It will always be workers who will be manufacturing, programming, using and releasing robots. Neither will robots come from another planet, nor their manufacturers.

Therefore, the future anxiety created by the means of “humanless manufacturing” rhetoric serves only exploiters who are making their profits through surplus value of the production.

The monopolies who are using unemployed masses as an element of oppression for their employees in order to prevent them from demanding higher wages and claiming their rights, will also use robots in the future as a threat for human workers. They will blackmail workers by saying “if you demand too much, we will put robots to your place”.

Hence the emphasis in German May Day celebrations on novel problems that will emerge in the workplace as a result of “digital transformation” is not by chance. Therefore the reaction of the workers’ unions to this is of great importance.
The capitalists with the primary motivation of making profit solely acts through considering profit-cost calculation. “To increase production profits by means of improving production efficiency and expanding the exploitation of surplus value added by the workers is the primary reason behind the transformation and improvement of production tools” (Yusuf Akdağ, Teori ve Eylem, Nisan 2018).
As it was pointed out, using machinery and robotics instead of workers is not a novel debate. Karl Marx, whose 200th birthday was recently celebrated, largely deals with this issue in the first volume of his magnum opus, Das Kapital, especially in Chapter 15.

Marx, by giving the example of employment of machinery in textile production in England in his day, concludes that “the condition in which machinery excludes the workers from purchasing tools, also excludes them from the position of purchaser. As a result of this, demand for the produced meta decreases – voila tout- (and that’s all) (451)
So the secret of capitalism lies in the supply-demand equilibrium. Is it likely for robots to consume what they produce? Who knows, capitalists might even produce “consumer robots”!

Since the world’s capitalists are aware of this fact, they have been discussing handing out ” subsistence wages” to everyone as a vision for the future. They presume that they can solve problems by giving wages enough for basic livelihood to everyone regardless of working status.
Even solely this fact proves that more people should attend to May Days in the future, not robots. What immortalizes Marx, whose statue will be erected in his birthplace Trier in compliment to his 200th birthday, is his demonstration to humankind of how to analyze capitalist mode of production and ultimately overthrow it. 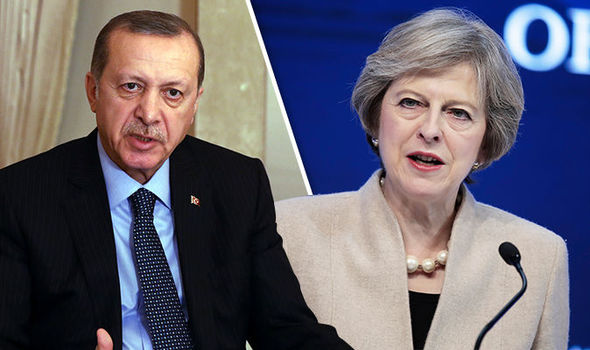 Next
Opposition to Erdogan in Britain is growing