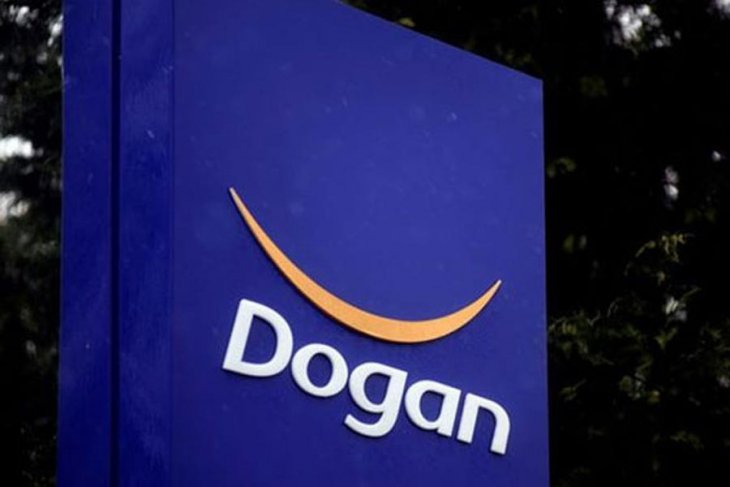 The whole of the Doğan Media Group owned by Aydın Doğan (including CNN Turk, Posta Daily and Channel D) has been sold to Erdoğan Demirören.

The flagship of the Turkish press, Hurriyet Daily, has been sold to a group close to the AKP government. But the sale is not just limited to Hurriyet, the whole of the Doğan Media Group owned by Aydın Doğan (including CNN Turk, Posta Daily and Channel D) has been sold to Erdoğan Demirören for 1.1 billion USD. The country’s biggest media group; all of its newspapers, magazines, radio, channels, music companies, publishing house, print press distribution company YAYSAT, its writers, illustrators, journalists, publishing staff, TV programmers, producers, film editors they all have changed hands in one day. The financial backdrop of this deal, such as how Demirören found the investment money and why Aydın Doğan, who had been retired from work of the media group and playing an honorary role for a while, has decided to let go of the media group will be exposed soon. But there is no risk in saying this: As a result of government pressure, the Doğan Media Group has stopped being critical or acting in opposition to government long time ago, and it already surrendered to Tayyip Erdoğan and the AKP Government. It is clear who will be setting the headlines for Hurriyet from now on.

This important sale, which has rocked the media world, means that 21 of the 29 newspapers in Turkey (not including sports, economy and publications in foreign languages) are now in the hands of bosses that are closely allied to the government. When expressed as a percentage 73% of the country’s newspapers are now in the control of the AKP. This means that pro-government newspapers in the country now make up 90% of the national circulation (Source: BirGun)

This sale has a symbolic importance for the media, society and for press freedom. Let’s explore these in turn:
Aydın Doğan and the media outlets he owned never been in a good relationship with the AKP government. Front runners in the AKP and Tayyip Erdoğan also felt similarly about Aydın Doğan. However, the AKP’s direct interventions against the Doğan Group and its owner Aydın Doğan became more apparent after the 2007 elections. AKP and Tayyip Erdoğan, who had gained the majority (and power) in these elections exerted political pressure and Hurriyet daily was forced to show the door to its popular and dissident writer Emin Çölaşan. However, the problem could not be resolved by simply sacking Çölaşan. Following the vote on the constitutional changes bringing an end to the headscarf ban in the country, headlines such as “411 hands up for chaos” and the news stories published in the Hurriyet newspaper about famous “Light House corruption scandal” [a reference to a religious charity embroiled in funnelling charitable donations and with ties to the government] had angered AKP members. The penalty for these news stories fell on the editor-in-chief, Ertuğrul Özkök, and resulted in his dismissal(who had himself previously had dismissed Emin Çölaşan in a blink of an eye). He was removed from the role of the editor but they allowed him to continue quietly writing articles smelling of love, eroticism and quality wine. Meanwhile, the Doğan Media Group was to subject to a detailed tax investigation. 20 auditors spent 330 days examining the Doğan Media Group. As a result, a fine of 4.8 billion TL, the highest in Turkish Republic’s business history was imposed on the Doğan Media Group for alleged irregularity in the sale of 25% of its shares to the German media giant Axel Springer. Aydın Doğan would have been better off giving all of his companies to the government rather than paying this fine

This fine was the start of Doğan Media Group’s fearful and unconditional allegiance towards the AKP government. Appeals, numerous successful court hearings and the government’s “friendly” reduction of the fine just before the 2011 elections, meant that this record fine was reduced to 940 million TL. Meanwhile, the controversial headlines, writers and producers criticising the government had been trimmed off. Almost every day a journalist whose name was crossed out by the government was dismissed from their job at CNN Turk, Hurriyet, Kanal D and Posta. They were replaced by journalists known for their intimacy with the government. Doğan Media Group began being run by a media outlook in which the stars were Nagehan Alçı, Nazlı Ilıcak and Ahmet Hakan. Doğan Media Group replaced Rıdvan Akar with Hande Fırat. Aysenur Arslan with Akif Beki. You cannot forget the famous penguins of CNN Turk during the Gezi Park demonstrations. During the same period of time, there was a huge wave of resignations and mistreatment of journalists in every part of the Turkish media. And the Doğan Media Group was playing its role in this witch hunt. When we look at it from this perspective, we see that the Doğan Media became a handy media group [for the AKP], it stayed on the straight and narrow, at the chief’s [Erdoğan’s] heel, and had become a well-behaved broadcaster/publisher just trying to avoid another punishment. Clearly even this was not enough and today Aydın Doğan withdrew from the media industry completely.

The boss of Demirören Holding, Erdoğan Demirören, once said that he had become a media boss accidentally. The man was an LPG trader. At most he could have been a tourism sector investor. What does he know about publishing or broadcasting? Maybe he thinks that selling newspapers is like selling bottled gas. Fill them and sell them. When they get empty, just refill them, sell them and line your own pockets. Of course, publishing and broadcasting is a very different job. He only understood what a pain in the neck he had taken on when on Erdoğan’s suggestion he took out a loan from the state banks and purchased Milliyet and Vatan newspapers. In 2013, Milliyet under the editorial leadership of Derya Sazak ran the headline “İmralı Notes” in relation to the notes of the HDP and Abdullah Öcalan meeting. These notes were providing hints about the stage of peace talks between the state and the PKK in terms of reaching an agreement and providing public transparency. However, this transparency was not favoured by the AKP. The reaction of the AKP wings against the new boss of Milliyet, Demirören, was like an earthquake. Demirören, who had heard about the “power of the press or the power of the reis?” but never experienced it was about to receive a phone call that would jar on his ears. The phone call coming from Tayyip Erdoğan, after reading the İmralı Notes, reprimands Demirören was leaked to the media. In this call, Demirören is lost for words, breaks down into tears, apologises to Tayyip Erdoğan and says “why did I get involved in this media work.”Demirören found himself in a sector that he knows nothing about and about its working style. He had been given a newspaper but he was unable to manage it himself. Yet there was a reason why these media outlets were given to these bosses. It’s wasn’t a coincidence that these media outlets were called “pooled media”. For those who didn’t understand this, this was explained as they cried and made to adhere to the system. Tayyip Erdoğan commanded, “Down with this kind of journalism!” And of course, it would all go down. But not the companies, just the journalists trying to do their jobs properly. The İmralı Notes resulted in the dismissal of the editor-in-chief Derya Sazak and the columnists Hasan Cemal and Can Dündar, who both opposed government oppression. Many other editors and managers also lost their jobs after this crisis. Only Demirören and those who complied with the pressure kept their place. In the end, Milliyet too was caved in.

In fact, Demirören who is a businessman with close ties to the AKP had no interest in the media sector. As mentioned earlier, his entry into the media world through the purchasing of Milliyet and Vatan Dailies was not particularly enjoyable. So why is he now taking over Turkey’s biggest media giant, Doğan Media Group? Or to put it another way, was Demirören somehow forced to buy Doğan Media Group? This is likely to have been what happened.

The importance of this sale for the media sector shows that the ocean has dried up in terms of the mainstream media in Turkey. Since the all of the dissident broadcasters and publishers have also been shut down through statutory decrees after the 15 July (coup attempt), today we face the reality that the AKP and Tayyip Erdoğan is the only and absolute power of the media industry in Turkey. The cost of the media being from one voice and in the absolute power of the government means more fake news, more distorted information, more government propaganda, more false allegations, perfect disguise, and a return to smear campaigns against opposition will be unavoidable. We will be able to observe the impact of this new state of affairs even clearer in the approaching 2019 elections.

At this point in which the ocean has dried up for press/media freedom, it is even more important to seek out online independent media outlets, use social media as responsible citizens and support alternative media outlets such as Evrensel and BirGun. News can now only be received through alternative media. To stand up for the truth and find out what is really happening in the country, stay tuned into alternative media sources. 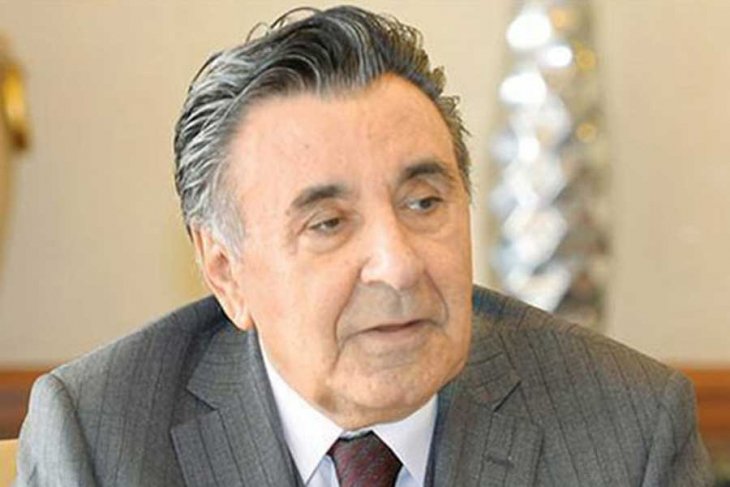 Next
What does the sale of Doğan Media Group mean?