Unfortunately, Turkey is doing the opposite of what it needs to do. Maybe before even it realises what troubles this might bring.

In Syria, we have moved onto the stage of delicate calculations. Proxy wars waged by use of various organisations have for some time been replaced by those who have designated the proxies. It seems that it is now the time of “correction”, and one of the main issues is how to “put into order” those jihadists who were moved into the region from outside. One must admit that Turkey will be the one who will have the most severe headache.

When the Syrian crisis first began, the Iranian Foreign Secretary defined Turkey’s involvement as “a late but fast entrance”. This ironic definition was a referral to the end of traditional Turkish foreign policy.
In the Middle East, each country had/has its own organisation(s). Following the establishment of the Republic, especially after the annexation of Hatay Province, Turkey was one of the most unflappable countries in the region. Traditional foreign policy was based on the understanding that if you interfere in other’s business you will get being interfered with. This policy was successful in keeping Turkey distant from the quagmire in the Middle East – until a new policy based on “Neo-Ottomanism” and “Strategic Depth” was put into practice.

The Republic formed alliances only against the Kurds, and took steps to prevent Kurds from advancing. The rest was not its business. However, this policy was abandoned openly and hastily in 2012. Turkish government flung itself into the region both to prevent any Kurdish advancement and to become the new imperial power in the Middle East. The aim was phrased in the dream of having a prayer in the Umayyad mosque in Damascus and taking the Middle East under the aegis of the new Ottomans.
This is what is meant by the Iranian Foreign Secretary. When he talked of “a late but fast entrance”, he was also drawing attention to the fact that Turkey tried to use any kind of groups and organisations for its own purposes, from the Muslim Brotherhood to Al Nusra, from ISIS to Ahrar Al Sham. Today we can see how right the Foreign Secretary of Iran, the most experienced country in “controlling” the Middle East through organisations.

Now, Turkey, the country which interfered with and used everyone, is designated with the task of “correcting” those it had used. It is aware of the fact that if it fails to do this task, the process will result in its disadvantage. This is one way of looking into the agreement reached in Sochi by Turkey, Iran and Russia.

Now the question is whether Turkey can do this?

The world is against ISIS. When no one succeeded in uprooting this organisation, Kurds and their Arab, Turkmen, Circassian, Assirian and other allies stepped in. Unless a surprise development takes place, ISIS is being successfully eliminated. However, ISIS is not the only group in the Middle East. There are dozens of similar organisations, many of which materialise their connections through Turkey. Of course, other regional countries such as Qatar, Iran, Saudi Arabia and Jordan are no better than Turkey in this regard. But they have the advantage of using their experiences of being in similar situations. Blinded by its “Kurdish phobia”, Turkish government, on the other hand, couldn’t do this; almost every group it got involved in exploded in its hands somehow.

Both Russia and US and the European countries are aware of the cost of the war against ISIS. Despite successful leadership of the effective operations against ISIS by the Kurds and their allies, it is obvious that the defeated sections of this organisation do not remain in Syria. After a while their area of maneuvering will be limited both in Syria and Iraq. Most of the defeated sections of radical jihadist groups are spreading into the other parts of the world.

In Syria, on the other hand, the vacuum will most probably be filled by the members of Al Nusra, Ahrar Al Sham, Nureddin Zengi Brigades, etc. This is the “corrective” role given to Turkey. What was said to Turkey in Sochi was this: “Come to an agreement with them; prepare the grounds for them so they stay in that region and come to terms; don’t let them be a pain in the neck by spreading into other parts of the world.”

Now Turkey is making the calculations as to how this situation can be turned into an advantage. It seems that in the eyes of Turkish government, the only “gain” is to stop the Kurds at any expense.

Unfortunately, Turkey is doing the opposite of what it needs to do. Maybe before even it realises what troubles this might bring, Turkey is preparing to be the protectorate of a big number of jihadists in order to set the infrastructure for an administration based on force. And it is obvious that it is still far away from opening a single door to the Kurds who are the guarantee for lasting democracy. 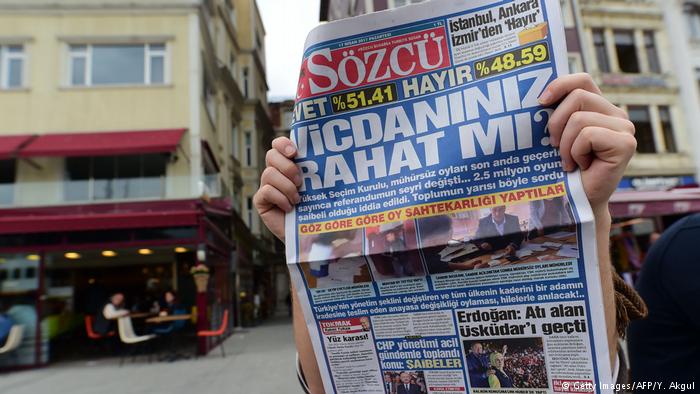