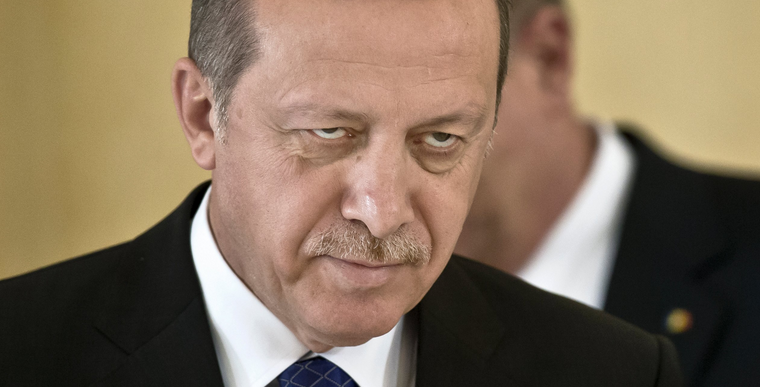 There is no let-up in either the Erdoğan administration’s obdurateness over Idlib or the deaths of soldiers in the clashes occasioned by this obdurateness. Yesterday, the Ministry of National Defence and President Erdoğan first announced that two soldiers had lost their lives in air raids and then a further three soldiers in clashes. On the one hand, talks are being held on Idlib between Turkish and Russian delegations and, on the other, the Syrian army’s operation with Russian air support to remove jihadists from the city continue. Having previously announced that a “quadrilateral summit” would be held on March 5 in Istanbul with the participation of Germany and France as well as Russia, President Erdoğan said in the statement he made in the plane returning from Azerbaijan – Russia evidently not wishing to involve other actors – that on this occasion he would hold bilateral talks with Putin.

Well, if the leader of Hay’at Tahrir al-Sham (HTS – formerly al-Nusra), which Turkey and the UN officially regard as being a “terrorist organization,” al-Julani says, “HTS is waging at least seventy-five per cent of the war going on in the region. Hay’at is in at least eight of the ten regions in which there is resistance and attacks,” why the obdurateness over the policy of acting as a shield for jihadists?

This is because the campaign the power holders in the country launched nine years ago to conquer Syria with expansionist designs and neo-Ottomanist dreams is today bogged down in Idlib and through support for the jihadists in Idlib who are resisting the Syrian army that is intent on capturing the city.

This is because the situation in Idlib bears testament that the end is nigh for the policy of using jihadists to prop up the intervention in Syria.

The period in which jihadist groups such as ISIS and Ahrar al-Sham were influential on the ground was the period in which the Erdoğan administration’s interventionist Syria policy had the most props. In this period, these jihadist groups were supported in conjunction with the policy, on the one hand, of overthrowing the Syrian/Assad administration and, on the other, of destroying the autonomous administration the Kurds had created in Rojava. However, for one thing, as part of the “Strategy of Combatting ISIS” it put into implementation to restore its authority in the region (Middle East) that was starting to wane, the USA’s move towards cooperation with the Kurdish forces (Syrian Democratic Forces-SDF) that were battling ISIS and, for another, Russia’s post-2015 military engagement in support of the Syrian administration changed the balances and upset the calculations.

Russia’s military engagement and involvement in the operations led to the shelving of calculations to overthrow the Syrian/Assad administration. Meanwhile, faced with the USA, moving towards cooperation with the Kurds (SDF), providing heavy weapons to the SDF for the operations undertaken most prominently in Raqqa and the subsequent staging of the coup attempt in July 2016 that drew strength from tension between the USA and the Erdoğan administration, the Erdoğan administration moved into cooperation with Russia. Of necessity, cooperation with Russia resulted in the sidelining of the goal of overthrowing the Syrian administration and the prioritization of the policy of eliminating the attainments in Syria of the Kurds, also perceived as being a threat with regard to the furtherance of the policy being waged at home within the Kurdish problem.

For Russia, the cooperation with Turkey was fairly expedient cooperation when it came both to eliminating the jihadist bands and engaging NATO-member Turkey to upset US calculations. On this basis, the jihadist bands in areas such as Aleppo, Eastern Ghouta and Dera’a were on the one hand liquidated bit by bit and moved to Idlib under the auspices of the power holders in Turkey, and, on the other, Turkey’s operations targeting the Kurdish autonomous administration starting with “Euphrates Shield” were permitted in the interests of both limiting the Kurds’ power and upsetting US plans.

In short, both their influence over jihadist groups and their potential to upset US plans led to Russia making the power holders in Turkey into one of the major actors in Syria. However, this situation started to change after Turkey’s “Fountain of Peace” operation. The US withdrawal from the border regions where it had been cooperating with the Kurds and the brokering by Russia, having subsequently become involved, of an agreement on border security between the Kurdish forces and the Syrian administration altered the balances here, too. Russia’s involvement brought the operation to an end and the preconditions no longer applied for Turkey’s intervention in regions apart from Tell Abyad and Serêkaniyê (Ras al-Ayn) which it had taken in the initial periods of the operation. Moreover, under Russia’s guarantee, negotiations were started between the Syrian administration and the Kurdish forces (Syrian Democratic Council) on the Kurds’ status in the new Syria.

These developments pressed the power holders in Turkey bit by bit into their impasse because, even though, to halt the operation the Syrian army had commenced, the Erdoğan administration signed the Sochi Agreement with Russia in September 2018 in which it made undertakings concerning the liquidation of jihadists, it did not fulfil these undertakings, nor could it. It could not do so because the fulfilment of these undertakings would entail losing the most important card it had used to become an influential actor in Syria. But their current plight shows that there was/could have been no possibility of the non-fulfilment of the undertakings altering the outcome apart from gaining time for the power holders in Turkey.

At this juncture, it can be said that a fresh agreement may also emerge from negotiations held/to be held with Russia whereby Turkey and the jihadist groups consent to the new situation in Idlib, that is Syria and Russia having captured many of the city’s strategic points. Erdoğan’s pronouncements signal their readiness for such a compromise with a view to at least delaying departure from the other regions of Syria that have been taken and not fully relinquishing the position vis-à-vis the Kurds.

However, the jihadist impasse for the Erdoğan administration does not amount purely to the jihadist groups becoming functionless with regard to the interventionist Syria policy because going forward it will face the problem/question of what is to become of the tens of thousands of jihadists who will throng to the border gates and pose a significant security threat to Turkey.

Essentially, what has been said until now also applies to various aspects of the power holders’ Kurdish quandary.

The Kurds’ attainments in Syria also played a decisive in role in the ending of the “solution process” by the Erdoğan administration, seeing that under these conditions it would be unable to impose its own solution. Hence, the policies of oppression domestically – and Erdoğan once again signalled fresh operations against the HDP on his return from Azerbaijan – and the operations against the Kurdish autonomous region in Syria were waged simultaneously. However, as has already been stated, we have reached a point at which the preconditions for waging these operations against the Syrian Kurds no longer apply. Conversely, the talks between the Syrian administration and the pollical structures in the autonomous Kurdish region show that the Kurds in Syria will be part of the solution, even if its framework/scope will be shaped in keeping with the balances and developments in the region. This process will most certainly have inevitable effects/consequences as far as policies that are pursued in the country within the Kurdish problem are concerned.

In conclusion, the jihadist impasse and Kurdish quandary summarize the point the incorrect policies of nine years have reached. Rather than reverting from this error and adopting a policy based on popular interests, Erdoğan is attempting to lengthen the life of this policy that today is bogged down in Idlib even though it will impose a heavy price on the country and create fresh dangers because he regards it as a prop for furthering his own rule. 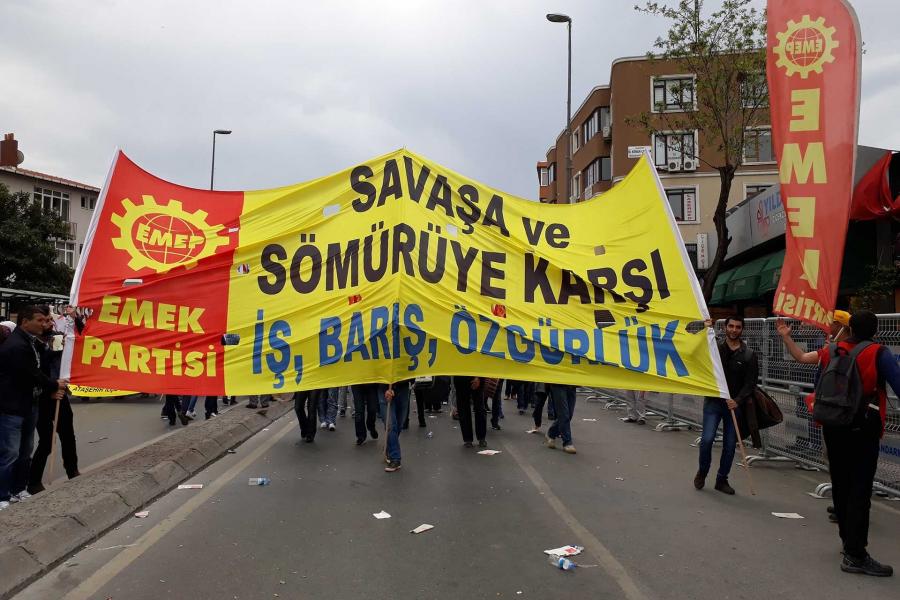 Next
EMEP: For the withdrawal of Turkish army and all foreign powers in Syria – Peace, not war!