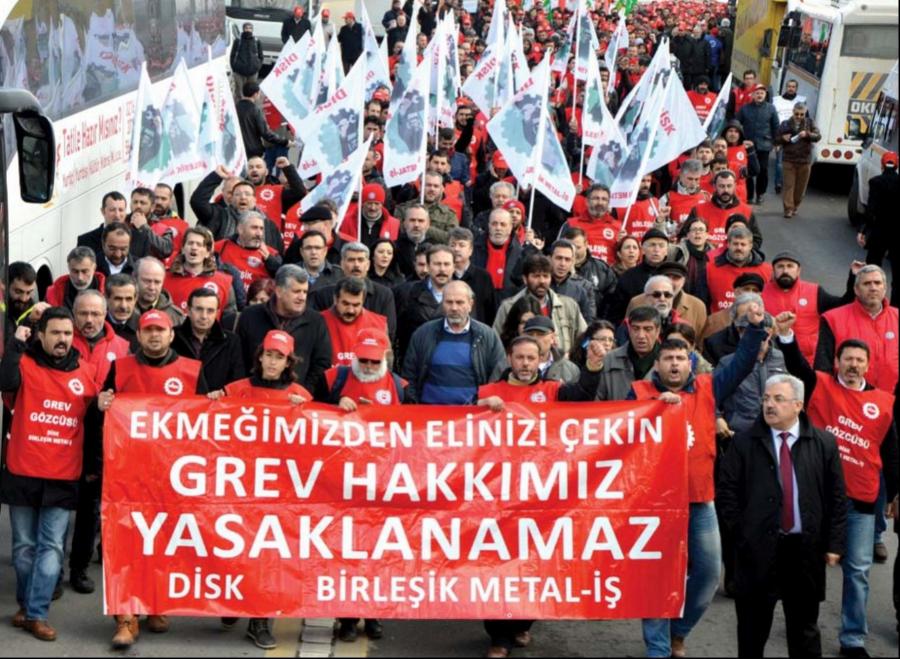 A fresh strike is in the offing for metal workers, their wages eroding day by day under conditions of economic crisis. Disagreement reigned at the Turkish Employers’ Association of Metal Industries group collective agreement negotiations that were continuing in the metal sector, the mediation phase has been passed through and a strike decision taken. With the Confederation of Turkish Trade Unions-affiliated Turkish Metal Union to set the implementation date later, the Confederation of Progressive Trade Unions/United Metal Workers’ Union, conversely, have announced their strike resolutions to take effect on 5 February.

The power holders’ practices that have banned all effective strike action over the past decade willy-nilly invite the question of whether the potential metal strike will be postponed (banned). It is worth recalling in this regard the United Metal Workers’ Union’s banned 2015 strike.

The United Metal Workers’ Union’s strikes that took in 15,000 workers and which it launched at twenty workplaces on 29 January 2015 and were to start on 19 February 2015 at eighteen workplaces was banned by the Cabinet on 30 January 2015.

The ban met with resistance among workers and the strike actually continued for a few more days at major plants especially in Gebze and Istanbul and then workers began to return to the shop floor shepherded by trade unionists whose outlook was confined to “narrow legal rights” and whose actions were basically informed by concerns for no “bother to emerge.”

CONSTITUTIONAL COURT DECLARED BAN TO BE A VIOLATION

Touted chiefly by those of this persuasion was, “the position of unions holding illegal strikes will put paid to us and workers will become jobless.” However, as was mentioned in that period, strike action is a right granted by international treaties to which Turkey is party and the Constitution, and the power holders with their postponement-cum-ban were acting illegally. Indeed, the Constitutional Court (CC) pointed out in its ruling of 09 May 2018 on the United Metal Workers’ Union’s application number 2015/14862 that the strike postponement was unlawful and violated strike/trade union rights.

It was stated in the CC ruling that approaches of this kind “could engender a conclusion in which all strikes that will have certain economic consequences could hamper national security and lead to infringements of constitutional rights that are unnecessary in a democratic society and are disproportionate.” It was noted in the ruling that the notion, “Economic security is an integral part of national security” mooted in the Cabinet’s postponement resolution and in the Council of State ruling dismissing the stay of implementation application was in need of explanation. The CC stressed that the concept of “economic security” was not enumerated in the law as grounds for strike postponement and the postponement resolution infringed on trade union rights.

The CC, indicating that the notion of “national security” cited as grounds for banning strikes could well be expanded in scope according to personal views and rationales and, hence, was a general notion that could lead to various and phased implementations that could extend as far as arbitrariness, recalled that this had also been stated in the ruling it had passed on the ban on Glass, Cement, Ceramic and Soil Industries Workers’ Union members’ right to strike. Let us here recall that the Constitutional Court also declared a violation in its ruling of 02 July 2015 with reference to the ban affecting the strike implemented by the Glass, Cement, Ceramic and Soil Industries Workers’ Union at Şişecam workplaces. It is thus necessary and imperative to stress to all workers, not least the metal workers who are about to exercise the right to strike, that there is case law regarding strike bans, the CC’s rulings are of the same thrust and arbitrary “postponement” resolutions are contrary to the Constitution and the law.

In particular, given the argument, ““Economic security is an integral part of national security” has fallen foul of the Constitutional Court, we can say here and now that the passing of a resolution to postpone a potential strike under the metal group collective labour agreement will be unconstitutional and unlawful.

It is by now abundantly clear that no heed should be paid to the Turkish Employers’ Association of Metal Industries’ or the bosses’ veiled threats that your strike will be banned. There is no statutory or constitutional basis for resorting to the reason “our strike will be banned” and claiming that trade unionists need sign low agreements or not actually continuing to strike under such a potential ban. Strike action is a statutory and constitutional right and “arbitrary bans” are unconstitutional. Labour courts, regional courts of justice, the Court of Cassation and the Council of State are obliged to rule in line with Constitutional Court rulings. Consequently, workers and trade unions who do not recognize unlawful bans under normal conditions and under the normal legal order cannot be accused of acting unlawfully and so cannot be deprived of rights.

As everyone who reads the text of the statute can understand, there can be no resumption of the strike at the end of the sixty-day period and the collective agreement is enacted by the Supreme Arbitration Board. This procedure, dubbed postponement, is thus blatantly prohibition. 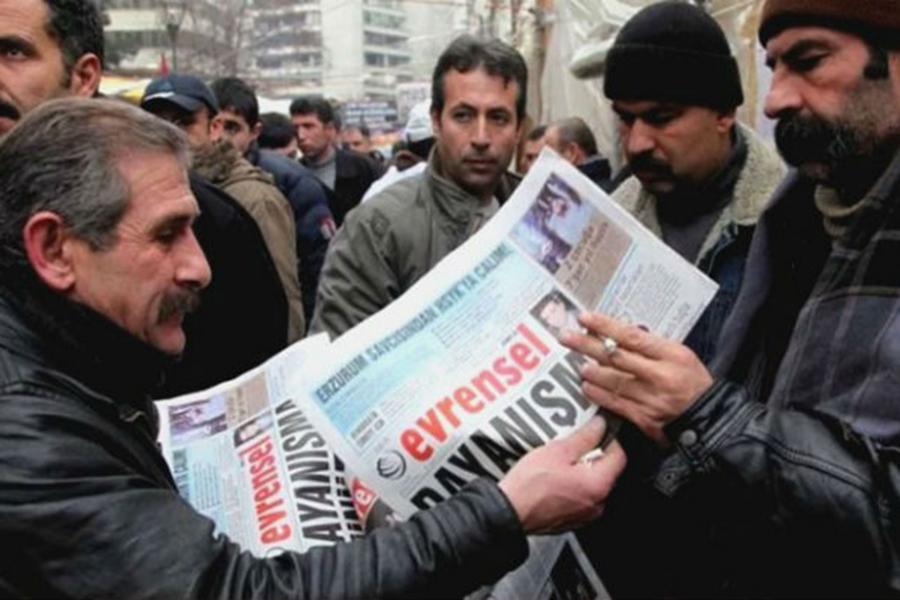 Next
Scandalous reason for cutting ads off for Evrensel: Readers’ solidarity was considered as a crime