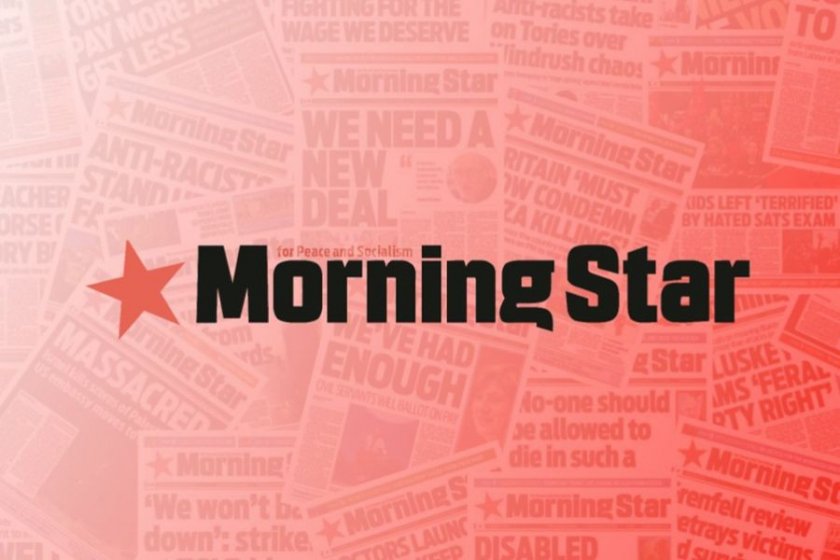 Steve Sweeney from the Morning Star wrote an article about the pressure on media in Turkey and called for solidarity with Evrensel.

Fatih Polat gives me a warm welcome at Evrensel’s main offices in Istanbul.

I have met the newspaper’s editor-in-chief a number of times over the years and we have built a good relationship.

Broadly similar to the Morning Star in terms of its coverage of the workers’ movement, the current political situation means Evrensel plays an increasingly important role in Turkey.

Followers of Turkish politics and readers of this newspaper will not be surprised to learn that Turkey remains the world’s biggest jailer of journalists, with at least 160 behind bars.

While the figures are shocking, totalling a third of the world’s jailed journalists, the real number is likely to be higher, with press freedom campaign group Reporters Without Borders (RSF) claiming that a fall in those detained compared to last year was “deceptive.”

This year has seen a marked deterioration in terms of press freedom in Turkey with the country’s largest news agency — the Dogan Media Company — being sold to a pro-Erdogan conglomerate and the takeover of the trustee board of the last mainstream opposition newspaper Cumhuriyet leading to the sacking of its editorial board.

Trials and the jailing of journalists continue at an alarming rate, with 84 taking place in one week alone this September.

Such is intensity of the attacks on journalists, Polat tells me, that barely a day passes without a media worker appearing in court.

“It’s almost like if there are no journalist trials in a day in Turkey it’s surprising — the lack of a trial would be something to report in itself,” he says.

Evrensel has come under intense pressure since it was first published in 1995. In one of the country’s most notorious incidents in 1996, photojournalist Metin Goktepe was tortured and killed in police custody in Istanbul.

Five police officers who were charged with his murder were acquitted while the others were released after one year and eight months following an amnesty.

Under the state of emergency purges in 2016 Evrensel-affiliated TV station Hayatin Sesi was one of the hundreds of media organisations forced to close by presidential decree.

In a bizarre twist, three of the station’s owners have been sentenced to prison for continuing a live broadcast after the Isis bombing of Ankara in October 2015, an attack on a peace rally in which 109 people were killed.

Executives Mustafa Kara and Ismail Gokhan Bayram and general director Gokhan Cetin were sentenced to three years and nine months’ imprisonment with claims that they have been “aggregately spreading propaganda of Isis, PKK [Kurdistan Workers Party] and TAK.”

Polat says: ”If this decision is approved it would be the first time that ownership of a TV channel was used as an excuse for arresting people.

“Ownership has never been an excuse, even in Turkey, for convicting people.”

According to RSF, “these Kafkaesque trials, in which journalists are accused of terrorism on the basis of a single word or a single phone contact, have helped to tighten the regime’s grip on Turkish society.”

Polat explains that Evrensel journalists feel constantly under threat of arrest and they are aware of the potential for the newspaper to be closed down by the government.

Such is the intense environment journalists work in, many self-censor with unions describing the country as an “open prison.”

“What we do is keep our reports based on real, concrete facts. We are more sensitive than ever in this matter,” Polat says. “We dig and see if it is a fact or a rumour.

“Other than our columns we don’t use propagandist or agitational language. We keep away from that. And we always have trials.”

“We are being really careful not to be closed. There is always a chance, but we are prepared psychologically,” he says.

“Evrensel was founded based on the needs and struggle of the working class in Turkey. So as long as they need such a newspaper and as long as they have struggles Evrensel will continue,” he says defiantly.

“Even if they close us we will build another newspaper to continue the news of the working class in Turkey.”

But the latest attack on Evrensel is the most serious it has faced. The newspaper faces court and a penalty of 100,000 TL (£14,885) with the heavy fine potentially enough to see the paper close.

Charges were brought after it published an article in July claiming the government’s economic programme was an attack on workers’ rights.

With a deepening economic crisis in Turkey causing prices to rocket as the lira plummets in value it is crucial that the decisions of the government are held to account and subject to scrutiny.

However, in an attempt to silence criticism and an attack on press freedom, lawyers for Turkey’s Finance Minister — and Erdogan’s son-in-law — Berat Albayrak accused the responsible editor of “defamation.”

Coupled with a paper crisis in Turkey, which has caused the cost of production to rocket, the future of the newspaper and of a free and independent press in Turkey hangs in the balance.

While Evrensel has reduced the size of the newspaper to 12 pages, it urgently needs international support and solidarity to ensure its survival.

Last month, following a motion raised through the Morning Star chapel, the NUJ London Central Branch launched a campaign in solidarity with journalists in Turkey and to raise funds to pay the Evrensel fine in order keep the newspaper going.

Polat stresses that “international solidarity and support is very valuable” and is hopeful that the situation in Turkey will change, with its history of workers’ struggle against oppressive regimes.

Solidarity is the cornerstone of the labour movement and goes hand in hand with the struggle for press freedom.

The Turkish regime is supported both politically and militarily by the British government, which creates the conditions for Erdogan to continue his persecution of all forms of opposition with impunity.

We have a duty to stand in solidarity with all those fighting for freedom and democracy.

Support has been received from rail workers’ union Aslef and we encourage unions and individuals to support Evrensel and raise the issue in their branches.

Solidarity subscriptions can also be taken out at www.evrensel.net/subscription. 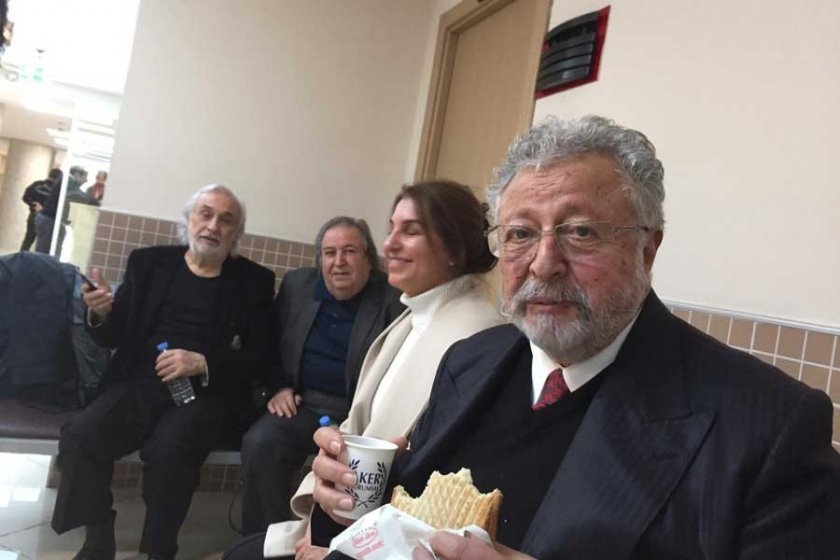