Over the Christmas period we convened a delegation of journalists and activists from the UK. This delegation travelled to Istanbul last week to meet with prominent individuals and groups that are being persecuted for opposing the politics of the ruling AKP government.

The delegation, which included journalists from the Guardian, Morning Star, The Telegraph, PEN and NUJ met with LGBT activists, various newspapers (including Evrensel, Ozgurlukcu Demokrasi, Cumhuriyet and Birgun), trade unions, opposition parties and family members of prominent journalists’ in prison.

The visit was welcomed by the press and politicians in Turkey, who thanked the delegation for raising awareness of the AKP’s increasingly violent attacks on democracy and welcomed the growing solidarity. The observations of the delegates will be presented at a meeting at SOAS University on Thursday, 2 February between 5-7pm.

We are grateful to Owen Jones (The Guardian), Abi Wilkinson (The Guardian / Telegraph), Steve Sweeney (Morning Star), Caroline Stockford (PEN), Barry White (National Union of Journalists -NUJ), Ceren Sagir (Day-Mer), Arif Bektas (Evrensel Newspaper), Alev Yaman (Freelance Journalist / Researcher) for joining the SPOT delegation to Turkey and for sharing their observations through both social media and / or their articles in the press.
Steve Sweeney and Caroline Stockford (for Morning Star) and Owen Jones (for Guardian) have written about their experiences during this visit. The links to these articles are provided below: 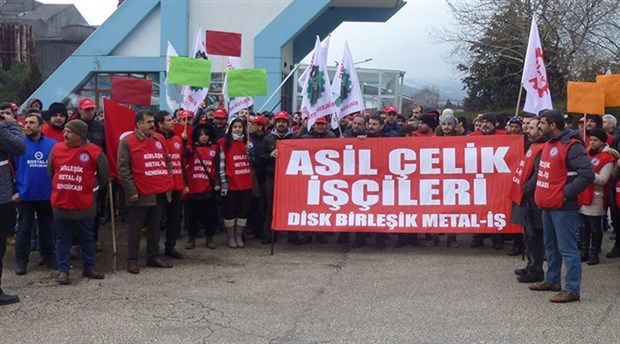