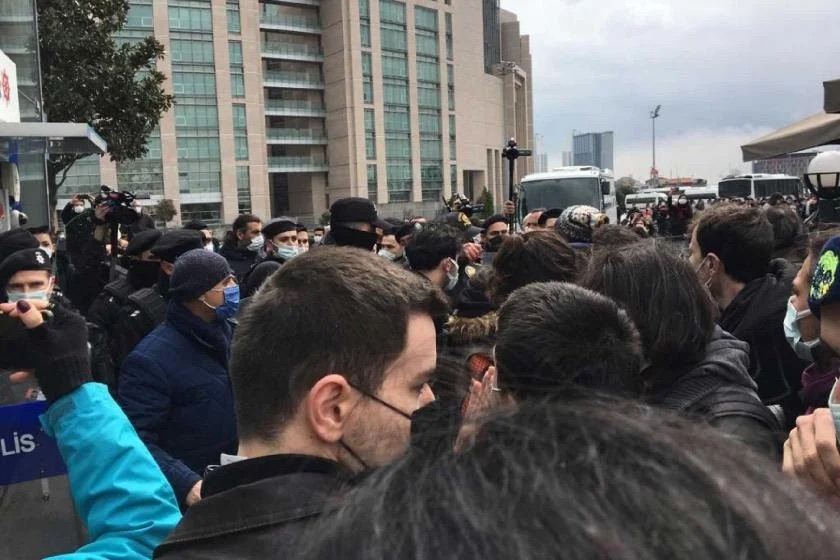 Bogazici University students in Istanbul are still under the attack of the reactionary AKP Government in Turkey and its police force. 12 students were detained on Thursday on campus as they gathered to protest against a university investigation into a student for carrying a rainbow flag during the earlier demonstrations.

In addition to yesterday’s detentions, today at least 44 students were detained at the Caglayan courthouse in Istanbul who wanted to express solidarity with the earlier detained students. Journalist Yagmur Kaya from ArtıTV was also detained while reporting the police attack on students attempting to make a statement to the the police.

According to ArtıTV’s report, police tried to get the detainees on to different police vehicles based on  their gender. In response to objections by students, one police officer said “This is Turkey, get used to it.”

Academic staff at Bogazici made a statement regarding the detentions saying that it is the duty of the appointed rector to protect the rights of the students: “This situation is the result of the systematic discrimination, hate speech and violence applied to the LGBT community by the government itself. The task of the appointed rector is not to throw its students into the middle of government supported police violence. He must protect their rights and ensure their security. ”

Protests against the appointment of a trustee rector to the university by President Erdogan started on January of this year.  As the resistance of the students grows, systematic police brutality becomes more visible.

SPOT calls on the Turkish president and his security apparatus to release all students in detention immediately, to stop harassments and hate speech against LGBT community and to respect the right of Bogazici staff and students to choose their rector. 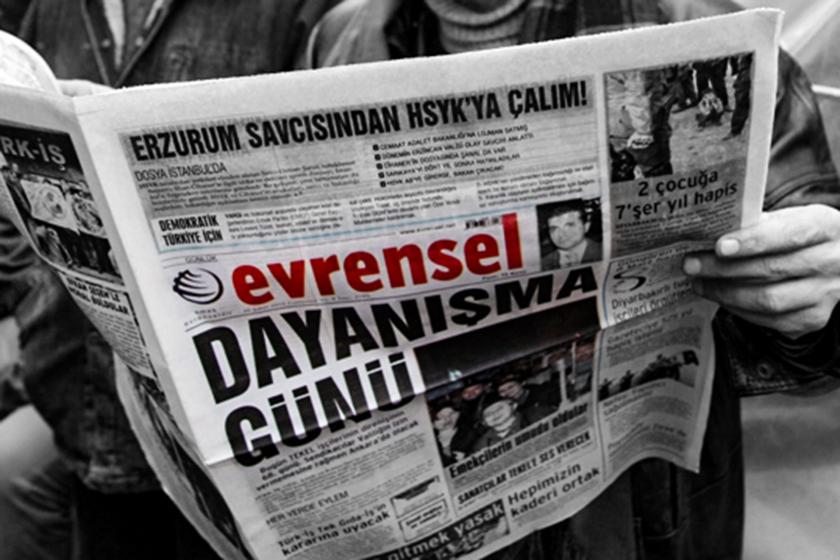 Next
SPOT calls for an end to advertisement bans on Evrensel