It is very clear that the AKP-MHP partnership has been preparing itself for an election since last year with a ‘raid election plan’.

Just hours after the “raid election” election was declared by the Erdoğan – Bahçeli coalition, the state of emergency was prolonged for another 3 months by the Turkish Parliamentwith the support of AKP and MHP MPs. Thus, AKP-MHP coalition has written one of the darkest pages in the Turkish political history.

Turkey which has been moving towards an election for the past year has found itself in the home stretch. While this home stretch is indeed a “home stretch” for the government, it constitutes a barrier for the opposition.

The substantial reasons which make it rough are the facts that it is a raid election, the opposition has been caught off balance, the election will be held under the conditions of state of emergency, the possibility of being faced with a fait accompli through the adjustment of laws and compromising the integrity of the electoral process is very real.

THE COALITION IS READY FOR THE ELECTION, BUT THE OPPOSITION IS NOT

It is very clear that the AKP-MHP partnership has been preparing itself for an election since last year with a “raid election plan”. As a matter of fact, many methods were utilised as part of this plan so far including exploitation of domestic and cross-border military operations in order to provoke a chauvinist-nationalist wave, exploitation of religion, misuse of state of emergency to suppress the opposition and the distribution of bribes in the names of “public tender”, “normal and super incentives” and “social aid”. No matter how the opposition threw down their gauntlets in reply to government’s decision for snap election with battle-cries, this does not mean that CHP or HDP areactually ready for an election, particularly considering the fact that neither of these principal opposition partners has a candidate for presidency nor a strategy for the election. This is exactly why Erdoğan – Bahçeli partnership has decided to hold a “raid election”.

IN FACT, THE OPPOSITION HAS MORE OPPORTUNITIES THAN THE GOVERNMENT

Nevertheless, it is also evident that;

– Domestic and foreign policies are at a dead end,

– A significant proportion of the public demonstrated their opposition to “one party, one man” rule in the referendum held just a year ago; and these facts constitute substantial advantages for the opposition and a considerable handicap for the government.

Since 16 April, there is also likely to be a growth in the adverse reaction against the government rather than increased support since the government is not in such a powerful and trouble-free position as they had expected to be considering the massive state and media power they monopolize.

Thus, although the opposition is at a disadvantage, they are not doomed to lose the election. On the contrary, they might succeed the election if they were less coy in encouraging the masses to pouronto the streets and if they could take firm actions to reorganize a campaign against the “one party, one man” rule. If the opposition stopped limiting their strategy to simply saying “vote for me, and I will save you” and if their members could organize amongst the masses with cross-cutting demands and use the streets and public spaces for this purpose, they could achieve the dynamism to secure the integrity of the elections and they could even show that they have the power to circumvent an Erdoğan – Bahçeli alliance in the election. Of course, if only they rolled up their sleeves to take action by placing “factionalism”, “turfism”, “egocentricism”, “sectarianism”, “exclusionism” biases aside!

THE STRUGGLE TO CIRCUMVENT “ONE PARTY, ONE MAN” RULE

When we look at the purported reasons for the election together with the conditions our country has been in, it is clear that the demands for an end to the “One Party, One Man” administration and for a “Democratic Turkey” will be at the heart of this electoral period. Naturally, this struggle will be demanding the “abolishment of the state of emergency conditions and cancellation of government decrees”, “freedom of the press”, “right to a fair trial”, “fair and democratic elections”, “combating with unemployment, poverty and inflation” and “use of the budget for social policies instead of armament”.

Due to all these reasons, the success of the opposition election campaign will depend on the systematic exposure of the demands stated above and the active endeavour of the working class in election campaigns. Pursuing activities such as calling for workers from a broad range of opinions to a collective struggle and organizing election rallies with the broadest participation possible in the context of a comprehensive election campaign would have a great effect on the outcome of the election.

The first condition of turning “raid election” into a nightmare for the government, is to mobilize efforts for the masses as soon as possible.

It is of great importance that the period coming up be utilized, to bring together the economic, political and social developments with the electoral demands and aims in an organized movement, including using 1 May as a means to popularize the demands and slogans of the election. 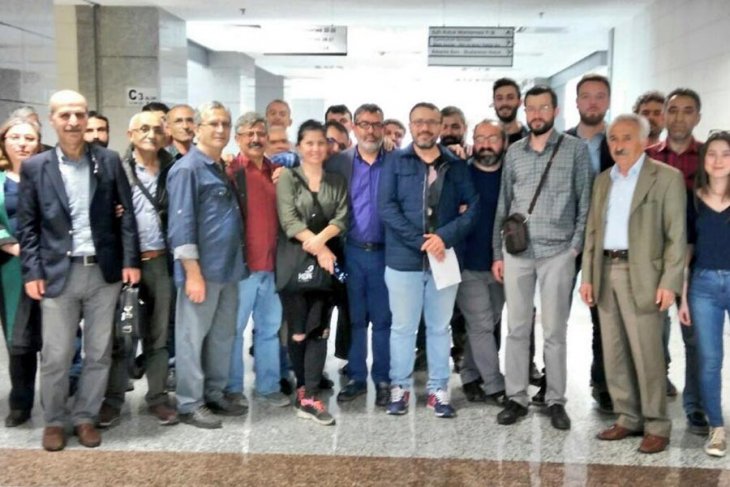