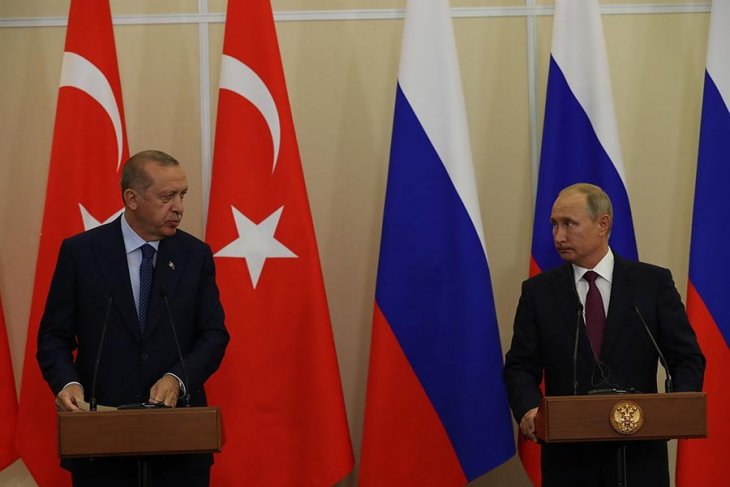 We can assert that Putin has gifted Erdoğan the feeling of a small success which will only prove to tie into his own success in the long run.

We had witnessed how Russia, Iran and Turkey had wanted to walk along the same line by espousing different positions in the summit on Idlib they held in Tehran. While Erdoğan’s insistence on ‘the declaration of a ceasefire’ amounted in essence to a diplomatic expression of Turkey’s strategy of remaining within the Syrian field, Putin’s emphasis on ‘the absence of terrorists around the table’ and Iran’s position of supporting this approach, had been a sign of the importance given by these two countries to the tactic of not excluding Turkey from their own axes and of not pushing it towards the US despite their determination for an operation against Idlib.

And in the days following, we also witnessed practices demonstrating Russia and Syria’s determination for an operation against Idlib even if it meant spreading it over time. As for Turkey, while paying care not to extract itself from the Russian axis, it has been displaying positions implying that it is where it was during the Tehran summit. The take of newspapers close to the government on Syria, on the other hand, has essentially been constructed around an axis of relaying the message that ‘Turkey is not content’ to Russia.

The tableau emerging from the summit taking place between Putin and Erdoğan a few days ago in Sochi under such an atmosphere seems conducive to a comprehensive interpretation in two major respects. The first of these is for Russia’s conduct along a general political axis of ejecting Turkey from the Syrian field over time while not pushing it towards the US’ axis when for Turkey, it is to be able to use the weight of Russia’s Syrian policy and the position enabled by conducting itself with Russia rather than the US axis as an opportunity for remaining as an actor in the Syrian field.

The second nexus within this nexus seems conducive to the following summation. The two leaders, in their joint statement emphasising their agreement for a disarmed region in Idlib, were, first and foremost, expressing their tendency of not breaking away from the same line in the Syrian field despite their differences.

As for the separate statements made by Putin and Erdoğan, there is a need to assess them separately. Putin’s emphasis that ‘This year, in 7 months our trade capacity has increased 34%’ should be read as an attempt to win over even more the Turkish public opinion and the media to the ‘Russia-Turkey’ axis at a time when its economy is experiencing a weighty tremor and when the tensions it’s experiencing with the US is being debated as one of the causes of this economic tremor. Given that it is not conceivable for Putin not to be able to predict how an intermediary formula about Idlib rather than the option of an operation against it immediately will be presented as a great Erdoğan success, we can assert that Putin has gifted Erdoğan the feeling of a small success which will only prove to tie in to his own success in the long run. But the not-so-easy cost of this gift for Erdoğan can be seen from the following statement by Putin: “The disarmed zone on 15th October, the fighters in al-Nusra will withdraw from this region. We have taken the decision to withdraw heavy weapons from that region with Mr Erdoğan’s recommendation. The control in that in the region will be ensured jointly by Russian and Turkish armies.”

And it is extremely clear that this means that the task of neutralising and sweeping away the jihadists groups, considered as the basis of Turkey’s remaining in the Syrian field, has been given down directly to Turkey by Russia. The stress on the joint mobilisation of Russian and Turkish armies to this end, therefore, seems to deserve the more realistic reading that ‘Russia will be following the process in the field along with its army.’ Is there a special need to separately state that at the subtext of this deputation of tasks is the emphasis, once again, that Turkey has been the protector of jihadist groups in Idlib? In other words, its attitude of ‘you know better about the jihadists, you deal with them.’ And now Putin has placed this in a packaging which the government media can present as an Erdoğan success.

Following the meeting, the absence of Erdoğan’s YPG and PYD emphasis in Putin’s speech has been a sign that the parties continue to hold different positions in relation to this issue.

Both these two nexuses, connected to one another as rings of the same chain, in actual fact, gets tied to a strategy about ending Turkey’s position in the Syrian region as a foreign force. It is known that this is the point on which Russia, Syria and Iran stand. But beyond these and what is correct is the acceptance of the reality that remaining in some other country’s soil cannot be legitimised as a need of the interests of one’s own. However, it is no longer a secret for anyone that the state policy led by Erdoğan will not accept such a position unless it is forced to and that it will resist to the last to remain there. 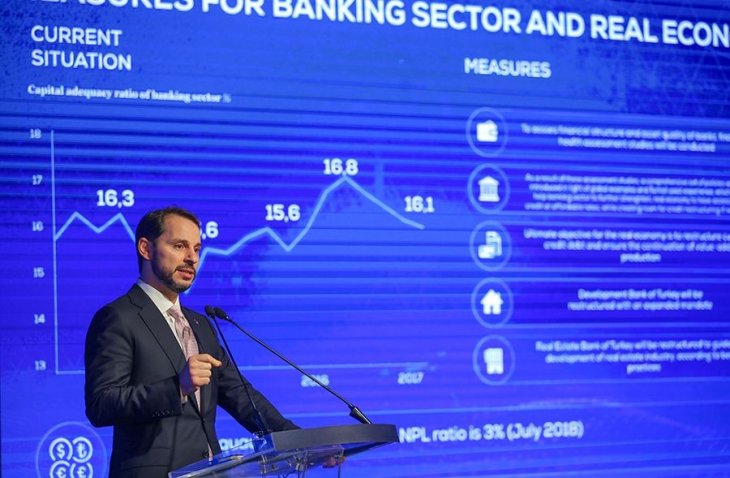 Next
EMEP: New Economic Plan is the proof of a plan to make the public pay for the crisis