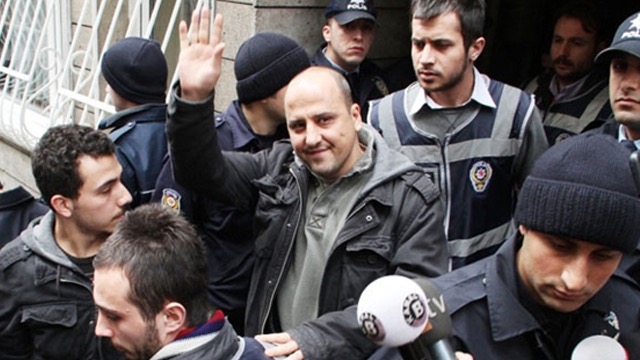 Even as extremist groups gain momentum across the country and innocent citizens die at the hands of brutal terrorists, the AKP government intensifies its attacks on democratic rights and freedoms. On 29 December 2016,a prominent investigative journalist Ahmet Sik was arrested over his social media posts. Ahmet Sik was due to join a photo in which journalists in Turkey joined forces to call for the release of their colleagues subject to persecution, imprisonment and censorship by the AKP government – however he was arrested before he could join his colleagues in this act of solidarity.
Furthermore our journalist friends, Tunca Öğreten (former editor of Diken.com.tr), Ömer Çelik and Metin Yoksu (from Dihaber), Mahir Kanaat (from BirGün), Derya Okatan (Chief Editor of ETHA) and Eray Sargın (editor-in-chief of daily Yolculuk) were all arrested on Christmas day following raids to their house.
The draconian use of emergency powers introduced following the failed coup continue being used by the President, Recep Tayyip Erdogan, to silence all opposition forces critical of the anti-democratic fascist developments in Turkey. For more information, please see the link below by PEN condemning the arrest of Ahmet Sik and raising concerns regarding the political situation in Turkey:

Next
‘Feel this support and be powerful!’