The policies of the AKP government, which have been ruling the country for the last 14 years, have pushed democracy to the edge. The severity of the situation exceeds even the circumstances of the military coup in 1980.By using the failed coup attempt of July 15th as a pretext, the government is arresting and firing all those that oppose the authoritarian regime in the country. This is a Turkey where people feel the need to hide their opinions and beliefs. Citizens are being accused of and punished for being affiliated with the Gülen movement, allegedly behind the July 15th coup attempt, whom Erdogan and AKP were arm-in-arm with until recently.

More than 200,000 public sector workers have been fired. Approximately 5,000 academics have been removed from their positions. 197,000 people have been arrested, of which 151 are journalists. Not even the indictments have been prepared for 11 writers despite being held for 105 days.

Turkey has the highest number of imprisoned journalists in the world. 112,000 webpages have been banned and approximately 100 TV and radio stations shut down. Zarok TV, a channel broadcasting in Kurdish, and even Hayatın Sesi TV, a channel trying to be the voice of workers, have been shut down claiming propaganda for terrorist organisations. Bank accounts, equipment and property of these media stations have been seized and their assets are now up for sale. Corporations, private schools, private hospitals and small businesses allegedly linked to Gülen community and terrorist organisations have been seized.

12 HDP MPs, the second largest opposition party in the country with 59 MPs in parliament, have been arrested. Its co-leaders Demirtas and Yuksekdag have also been detained with the former facing 142 years of imprisonment. Dozens of Kurdish municipalities had their mayors re-appointed with their elected mayors detained.

A one-man authoritarian system is being called for with a new constitutional reform. If the result of the referendum on the 16th April is a ‘Yes’ vote, the president will be able to enforce any law he wishes. This is a path to a one-man regime with aims to form a dictatorship.

According to the proposed constitution, the President will hold the power to appoint ministers himself, dismiss the parliament and determine the members of highest judicial bodies.

Erdogan and the AKP government have now proceeded to say that any person who sides with the ‘No’ campaign is in agreement with terrorist organisations; they are pressurising institutions to fire journalists, teachers and academics for saying ‘No’.

All of these injustices are justified by using the 15th July coup attempt as an excuse. Turkey has been under a State of Emergency for seven months, and every other week a decree-of-law emerges enabling the government to close whichever media platform they wish or fire any academic they want to remove. Over 300 academics, most of who have no affiliation to the alleged terrorist organisations, have been removed from their jobs under decree-of-law 687 released this week. This has meant that courses cannot be delivered in many universities.

This is why, primarily students, teachers and academics, have started to say ‘enough’ and demonstrations are taking place at many universities. The security forces that took detainees and attacked the streets were given authority to use force by the State of Emergency; even elderly academics have been beaten and removed from the protests.

And yet there is resistance in spite of all these attacks. The academics and students that are under attack need our support. We need to raise our voice and put pressure on both the Turkish state and the UK government.

Let us not forget: Turkey is a major buyer of arms for the Theresa May government. In an attempt to prove to Europe that she “can trade with other countries”, May is making deals to sell jet aircrafts to one of the world’s most repressive regimes, effectively condoning the undemocratic pressure and brutal attacks on academics and other groups in Turkey.

Academics in Turkey should not feel alone.

We call on the British government to condemn the Turkish government’s attack on academics. We also demand that the emergency state governed through decrees are lifted, teachers, academics, journalists and Members of Parliament are freed without any further delay.

We must organise together to achieve these demands.

Please use the hashtags below and tweeter accounts when posting on social media:

If you would like more information about this topic please email us at spot@daymer.org. 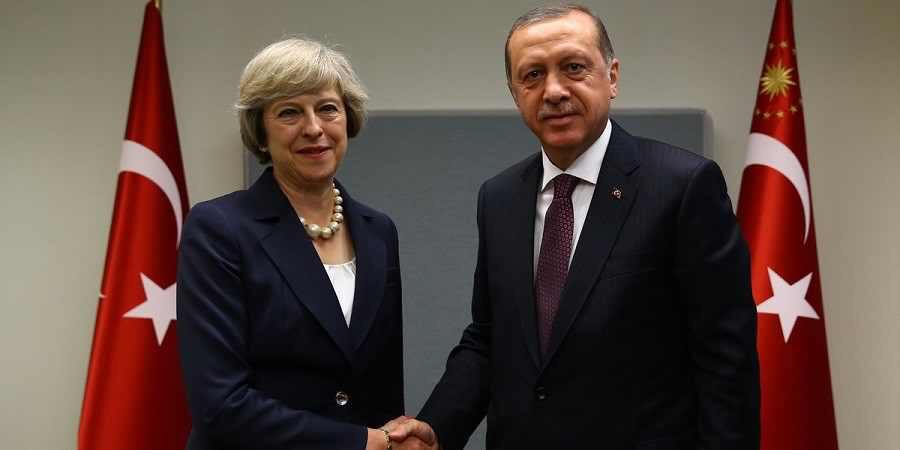 Next
May Accused of Propping up Erdoğan