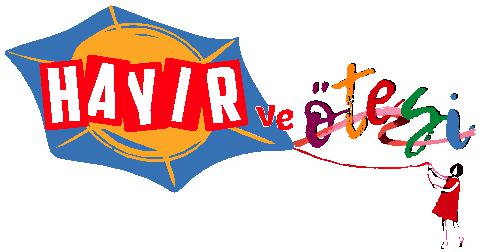 No and Beyond was established as an independent citizen organization, to contribute to the creation of a healthy electoral environment, before and after elections against possible infractions of the rules in the April 16, 2017 referendum.

EVALUATIONS REGARDING THE REFERANDUM

Throughout the two months of our movement, we stated that we would secure the ballot boxes. We are bringing this report, which is the product of the intensive and collective work during this period, to the public information.

Regarding the referendum on the constitutional amendment made on Sunday, April 16, 2017; the appeal information that corresponds to approximately 25% of the votes used are already recorded in the No and Beyond data system.

Data entry procedures and data analysis were done with the same meticulousness.

In this context, the appeals with wet-ink signature provided and entered into the data system by the No and Beyond volunteers were examined one by one, in comparison to the data gathered from the YSK; and thus the following determinations were made.

These findings are the preliminary study results and will be presented again to the attention of the public soon after the completion of the detailed and full report.

All votes used in the 961 ballot boxes are 100% YES, with the NO votes’ percentages and numbers being ZERO.

In the general elections of June 7 and November 1, 2015, these ballot boxes seemed to have its votes in support of the opposition party. Hence, the current results in these ballot boxes can be regarded as contrary to the normal flow of life.

In the analyses made, it is understood that in the 30% of the 961 ballots mentioned above, 100% of the voters seems to have voted without any exceptions.

The process of to determining whether all voters have actually voted is currently underway.

Given the previous findings on the use of block voting, the doubt that there may be voting on behalf of voters should be considered a possibility. These 7048 ballot boxes should not be neglected and need to be investigated in detail.

It is not possible that none of the 1 million 672 thousand 249 people have not lost their lives since March 10, 2017 – which is the date of confirmation of the voters lists, nor there is not any soldiers among them.

As a matter of fact, one of our citizens registered in ballot box no. 2179 in the Eyyubiye municipality of Sanliurfa, has lost her life on 31 March 2017.

This information, which we have reached within a narrow sample, over a very short period of time and un-der conditions where it was not possible to obtain personal information, suggests that there could be many cases to be investigated.

EVAPORATION OF THE OPPOSITION PARTY VOTERS

In our analysis regarding the ballot boxes which contain “YES” votes of 95%, it is understood that a huge number of opposition party voters of the November 1, and June 7, 2015 General Elections are evoaporated in the Referandum. These ballot boxes were compared to the previous elections in terms of voting behavior.

As can be seen from the comparison data presented below, the inconsistencies could affect the results of the election. This is a sign that the severity of the situation is far beyond the sealed/unsealed ballots debate.

WHY HAS THE REFERANDUM LOST ITS LEGITIMACY?

LAWS HAVE BEEN ELIMINATED

In the justified decision of the YSK, the rightful objections made to subjects such as ballots and envelo-pes without a seal are not accepted. The statement which was used to justify the decision is as follows; “In cases where it is determined that the individual rights are safely exercised, it is not possible to interpret the irregularities of the procedure as a means of eliminating the exercising of the basis of that right”.

This statement of the YSK is a violation of the law in two respects:

Turkish legal system. The use of unsealed envelopes in the constitutional amendment on April 16, 2017 causes a doubt regarding the manifestation of the people’s will. It is not known whether or not a rig is being made to change the direction of the electorate by means of unsealed envelopes or ballots. Moreover, YSK does not even seem to be in need to examine this issue. The procedure is important for this reason and YSK is not an institution that is unaware of this.

The objection of the main opposition party regarding the 2.5 million unsealed ballots was rejected by the YSK. Even only this instance can be regarded as sufficient for the annulment of the referendum. In terms of all the above-mentioned cases, the referendum – dated April 16, 2017 – is invalid on all kinds of legal grounds.

In the entire country, tens of thousands of volunteers in thousands of polls yielded results. The ruling party and the YSK all over the country “masterminded” the constitutional referendum of April 16, 2017.

It is the cornerstone of democracy in our country and the right of every citizen to trust that the elections and public votes are safe from shady practices.

It is clear that this right cannot be established, thus the cancellation and repetition of the referendum is a must. 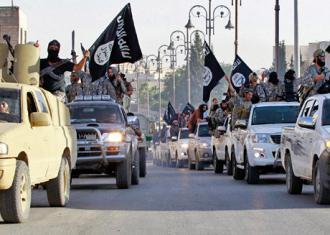 Next
The role given to Turkey: being the protectorate of jihadists