Seven Kurds from the same family were brutally murdered today in a racist  attack in their home in Konya; a central province in Turkey.

The Dedeoglu family was threatened and racially abused by a gang of 60 grey wolf members earlier this month. The racist group said to the Kurdish family, “We are nationalists, we will not let you live here. We don’t want Kurds here.” After that attack some of the perpetrators were detained but soon after released from custody. And today gunmen shot the family and set their house on fire.

In a video footage filmed at the crime scene, voices were heard still shouting “We will not let a single Kurd be left here!”

Turkey saw a big jump recently in politically motiviated racist crimes and offences against Kurds committed by supporters of the ruling party.

Recent political murders include the shooting of Deniz Poyraz, a party member of the Peoples’ Democratic Party (HDP) by a racist hitman in İzmir.

“Racist attacks that have been forcibly flared up recently are starting to claim lives, and constitute a threat to every person who is different, starting with the Kurds. These racist attacks are being encouraged. This perilous game must end.” HDP said in a statement.

“Seven Kurds, from the same family, three of which were women were murdered in Konya. The rulers who have been fueling hate speech for days and the bourgeois opposition that lends support to chauvinism is responsible of this attack. Let’s unite for fraternity against racism and fascism!” Labour Party of Turkey (EMEP) said in a statement.

The massacre created a public outcry. Thousands of social media users, including representatives of community organisations, associations, politicians, journalists and academics, blamed the government and local authorities as abettors of this brutal attack.

As SPOT we call for solidarity with the Kurdish people. 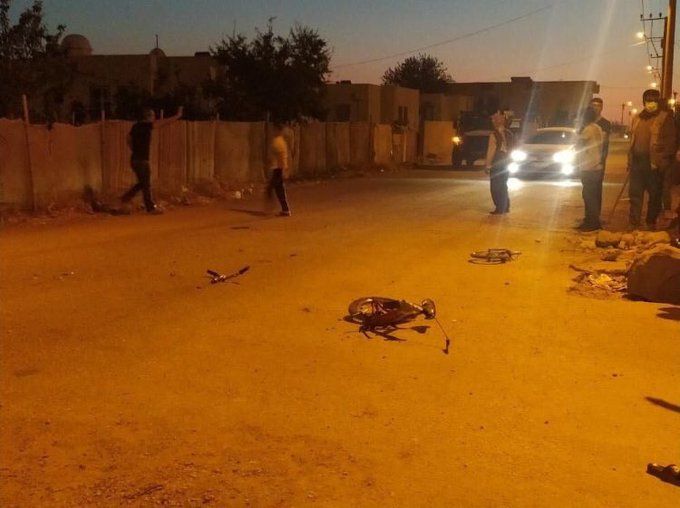 Next
Another Kurdish Child Killed by Armoured Police Vehicle