BRITISH luxury fashion company Mulberry says it prides itself for being “ethically sourced.”

Volkswagen Group UK Ltd says it has a “zero-tolerance approach to any form of modern slavery.”

And Mercedes-Benz UK claims to have a “zero-tolerance policy towards violations of the laws banning forced labour, slavery and human trafficking.”

But these major companies, along with other international brands such as Molift, Odder, Römer, Liko, Babybjörn and Audi source materials from a factory operating in Izmir, Turkey, where an important workers’ struggle is taking place.

Employees at SF Trade Leather have been fighting for their right to organise in the country’s leather workers’ union, Deriteks Sendika, since 2015.

The company initially responded by sacking about 14 workers, offering their jobs back on the condition that they cancel their union membership.

SF also demanded the local court block the union from posting material on their action online, and even filed a claim for damages.

Workers fought against the company and campaigned both locally and internationally for their colleagues’ reinstatement.

Campaigns and protests in front of brands such as Mulberry, supported by British trade unions and campaign groups, led to victory, with the opening of negotiations between SF management and Deriteks.

As a result, SF accepted the right to trade-union membership within the workplace and a protocol was signed stating that mutual dialogue would improve.

But last summer, Deriteks heard from SF workers that harassment and bullying behaviour were still taking place, and a workplace organisation committee was formed by the unionised workers In order to tackle the issue.

Union members Ayse, Pinar, Nurcan and Sevcan were immediately suspended for allegedly “not performing well” and were accused of bringing the factory “into disrepute and endangering other workers’ jobs.”

The four women have since been on a symbolic strike for over 100 days with the support of Deriteks, and continue to fight for their jobs and their right to trade-union membership.

Ironically, SF claims on its website that its core values include to work as a team, contribute to their communities and build open and honest relationships.

And the right to join a union is supposedly protected under Turkey’s constitution.

SF workers are continuing to call for the reinstatement of all sacked employees with immediate effect, for trade0union recognition and the right to organise within the workplace, and for an end to bullying and harassment by SF management.

Their struggle and determination to get their jobs back have become a symbol of resistance in the Gaziemir Zone of Izmir, which is home to many leather factories.

London-based campaign group Solidarity with the People Of Turkey (Spot), which works to build bridges between organisations and unions in Britain and Turkey, has urged trade unionists, politicians and members of the public to contact company owner Frederic Giraud.

Mulberry and BabaBjorn were the only companies that responded to pressure from the group, saying they take the matter seriously and that they have approached relevant departments.

However, Spot said that unless the workers are reinstated, protests in front of their stores in Britain will begin from this weekend.

The four women workers have thanked Spot for their support in their class struggle in a video, adding: “Long live international solidarity.”

MPs such as Labour’s Feryal Clark (Enfield North) have supported the campaign by writing to the employers of SF. Unions including Unison have also backed the campaign.

Tomorrow, demonstrators will be gathering outside Mulberry in London’s Covent Garden at 1.30pm to warn the that they will be taking action against companies that are complacent over workers’ rights abuses.

Spot secretary Cinar Altun told the Star: “We want to make sure that the voices of workers in Turkey are heard and major corporations cannot turn a blind eye to workers’ rights violations within their supply chains.

“Spot has successfully put pressure on the Turkish government, with the support of trade unions in the UK, against some of the atrocities being committed in the country from their attacks on human rights and freedom of speech, to their war against the Kurdish people.

“We hope that organisations, unions and MPs will stand with us and support these four women workers who are simply demanding their basic rights under both Turkish and international law.”

This article was posted by: Morning Star 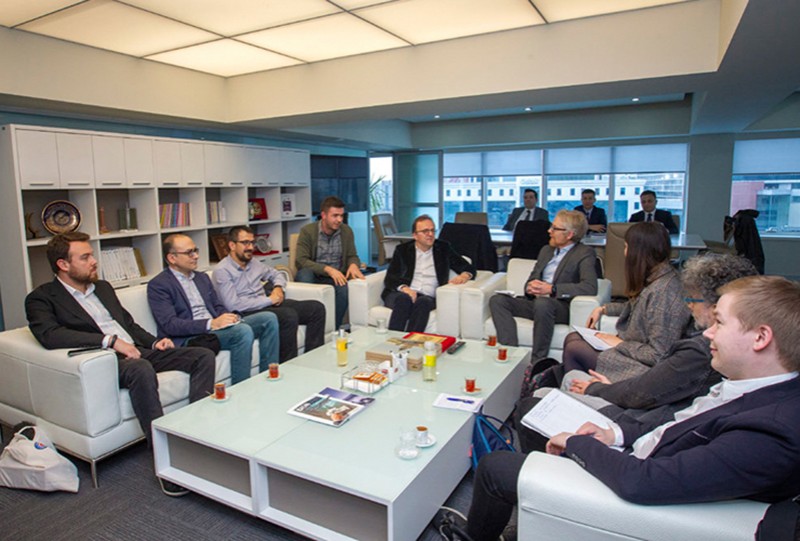