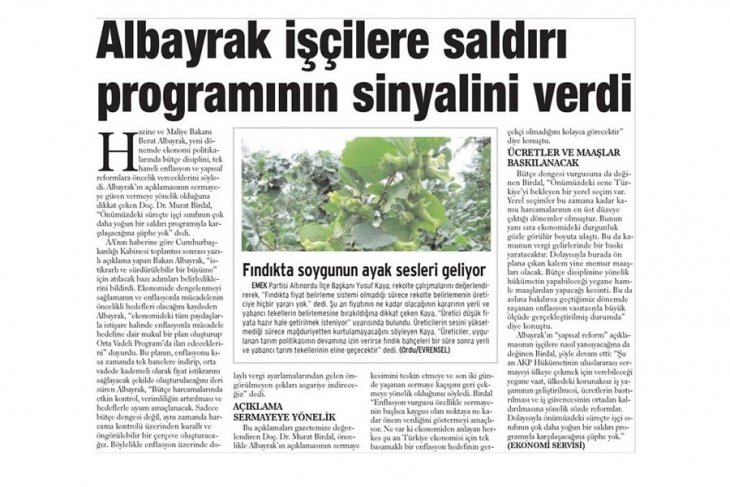 Evrensel is facing court and a penalty of 100,000 TL because of a news story, criticizing the government’s economic programme.

Evrensel is facing court and a penalty of 100,000 TL because of a news story published on 13 July 2018 arguing that the government’s economic programme signalled an attack on worker’s rights. The responsible editor is also accused of “defamation” following an article it published rebutting the allegation on 22 July.

The proceedings against Evrensel were initiated by the Treasury and Finance Minister Berat Albayrak’s lawyer Ahmet Özel. The subject of the claim is the news article on 13 July “Albayrak signals a programme attacking workers” and the contents of the rebuttal on 22 July, both of which were submitted by Özel.

In relation to the article, which included critique by economist Dr Murat Birdal, the prosecution argued that “there is news, opinion and criticism which does not violate individual rights and are not degrading, accepting anything outside of this which amounts to unsubstantiated claims and degrading comments relying on those unsubstantiated claims leads to the conclusion that such allegations must be excluded and accepting any such claims would be in contravention of the fundamental principles of the law, and in light of this it has become apparent all elements of the illegal act are formed.”

Dilek Avci, the newspaper’s solicitor, argued in the written defence submitted to the prosecution that “the news story in question is a critique of the economic politics of the Treasury and Finance Minister, Berat Albayrak. In the news story, the views of the academic Dr Murat Birdal are sought. The article does not contain any insulting language or attacks personally to the claimant. If we are living in a democracy, the economic politics of the government, cabinet and political leadership can be criticized, as can their social welfare policies and the return of the death penalty. However, saying that such criticism of a minister, who is a public servant, violates his rights, in fact, amounts to a clear infringement of the freedom of thought and expression. It is in breach of the constitution and the European Convention on Human Rights”. 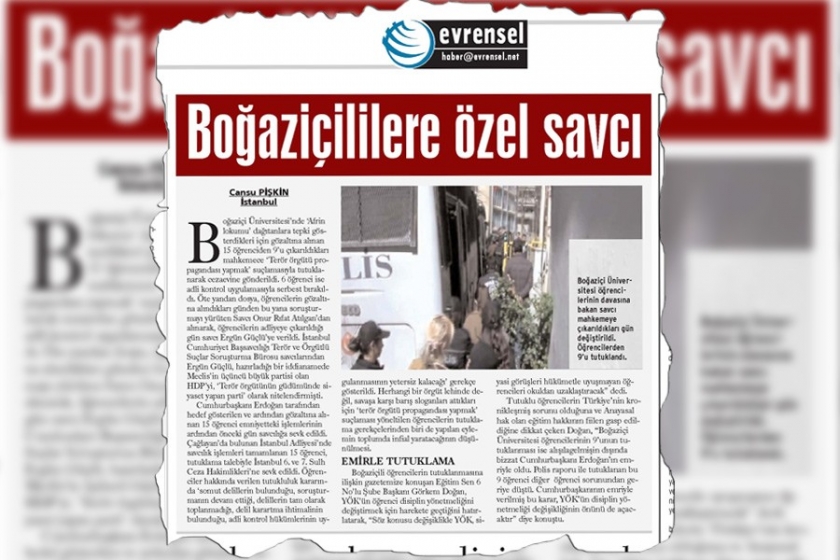