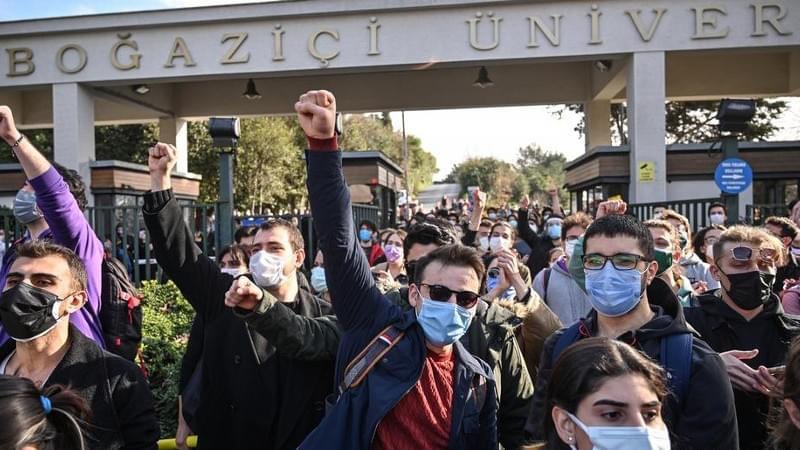 Students at Bogazici University in Istanbul began their protests nearly a month ago against the appointment of a new rector by President Erdogan. As resistance grows, more than 220 people were detained over the solidarity protests in Istanbul and Ankara in the last two days. There are numerous posts on the social media displaying torture or other ill-treatment footages against the protestors.

One of the videos of police brutality during protests in Istanbul has caused outrage which captures multiple police officers physically assaulting an already detained protestor. Police also used disproportionate force against the students and the public ahead of the solidarity protest in Ankara.

Bogazici University students, who were released after being detained, filed criminal complaints over torture and ill-treatments under detention.

Police also targeted journalists reporting at the rally. Halk TV reporter Erdinc Yılmaz and cameraman Murat Erkmen were both hit by rubber bullets as they were covering the demonstrations in Istanbul. Documentary director Kazim Kizil also suffered a serious injury on his face, near his eye.

Bogazici solidarity group said in their Twitter account that earlier today police had made other detentions at bus stops across Istanbul without valid justification to prevent a large crowd gathering in one place.

Bogazici students are calling for solidarity under these hastags: