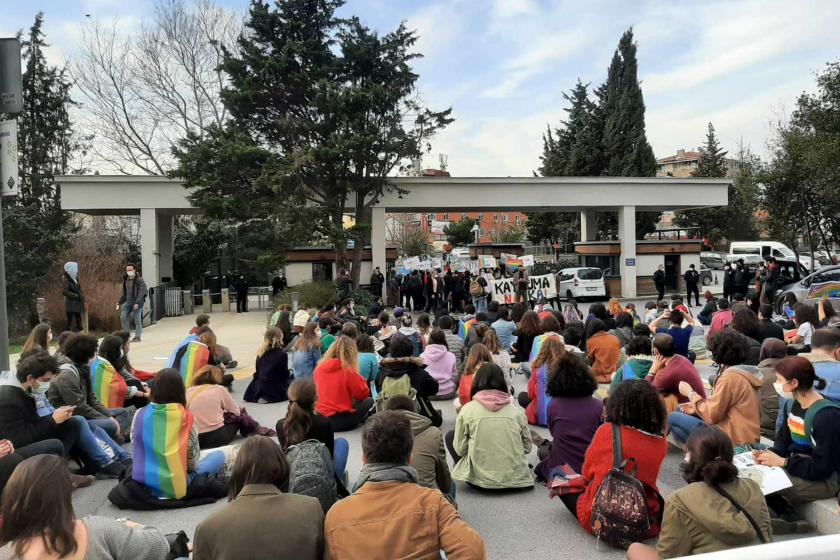 Seven students from Bogazici University, two of whom had been held in detention, have been acquitted at the first hearing in which they were charged with “publicly provoking the public to hatred and hostility”. The trial was held today in Istanbul.

The prosecutor had demanded that the seven students be sentenced to between 1 and 3 years in prison.

According to Canan Coskun’s reporting from Diken newsportal, the indictment charging the students takes its reference from the religious practices of Islam.

The indictment -dated 24 February 2021- states that “images of homosexuality and similar sexual orientations, which are prohibited in Islamic religious literature”, were used in a collage illustration at a campus exhibition alongside an image of a sacred Islamic site. The figure of Shahmaran – a mythical creature, half woman and half snake- in the collage illustration is considered to be against the Islamic belief about “the uniqueness” of God as the sole creator of everything.

This politically motivated judicial process against the Bogazici resistance is unacceptable. Moreover, as a secular country, religious beliefs cannot be invoked in Turkey as a legitimate justification in any indictment for discrimination against the LGBT community.

On 1 January 2021, Turkey’s President Recep Tayyip Erdogan appointed a rector to Bogazici University in Istanbul from outside the Bogazici community.

Bogazici University students, staff, alumni and the broader civil society have organised peaceful protests and online campaigns demanding the appointee’s resignation, a return to the democratic process, and an end to outside interference.

These protests were met with escalating attacks by the president, the ministry of the interior, the AKP establishment, and the AKP-controlled media. The political attacks have been accompanied by excessive use of force by the police, supported with snipers located around the campus.

Hundreds of academics, students, activists and trade unionists came together in solidarity with Bogazici University at SPOT online day of action on 21 February.

Online rally is available to watch: 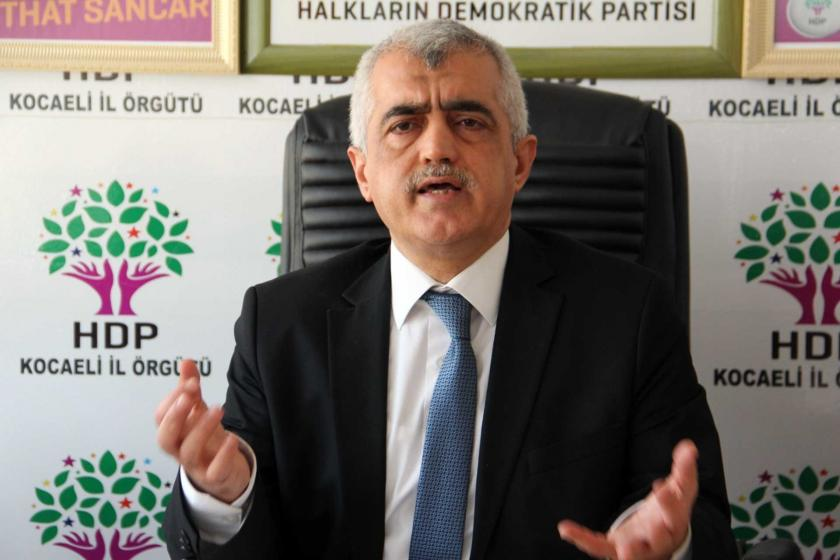