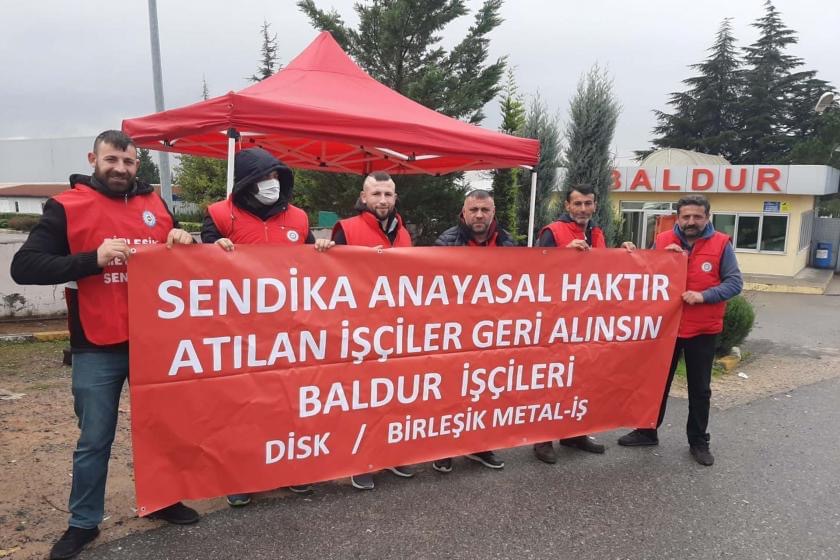 Workers at the Baldur Factory in Sekerpinar Organised Industrial Zone in Gebze, which manufactures suspension components and other parts for the automotive industry, were fired in 2016 for joining a branch of Birlesik Metal Is (United Metal Workers) Union, a progressive labour union.

At that time the workers were forced to become members of Turkish Metal Workers Union which is a union supported by bosses, known as a yellow union. However workers continued to resist despite facing various pressures and after years of struggle they once again unionised under the Gebze No.2 branch of the United Metal Workers’ Union (Birlesik Metal İs).

Recently the union received the authorisation for to represent the workers’ rights and contract procedures. During this process, the Baldur bosses continually objected to the authority of the union. Once again the workers from Birlesik Metal-İs Union were fired on the same day that the union gained their authorisation at the Sekerpinar.

As a result Baldur workers have voted in favour of a strike in order to push for recognition of their trade union rights. Baldur bosses have hired 15 workers as strike-breakers, and the police force have threatened striking protestors and arrested four of those on strike.  Despite these intimidation tactics, the workers of Baldur factory did not allow their unity to be broken and as of today have started their resistance.

Representatives of major labour organisations and members of progressive political parties have joined the picket lines to show solidarity with the workers.

Ercument Akdeniz, General Chair of Labour Party, joined the picket line to support the workers and stressed that these kind of foreign capital forces flourish with anti-labour policies, “They can get strength from the one-man regime, but here we have the working class, we have our party. We will carry this strike to success, arm in arm with the workers.” 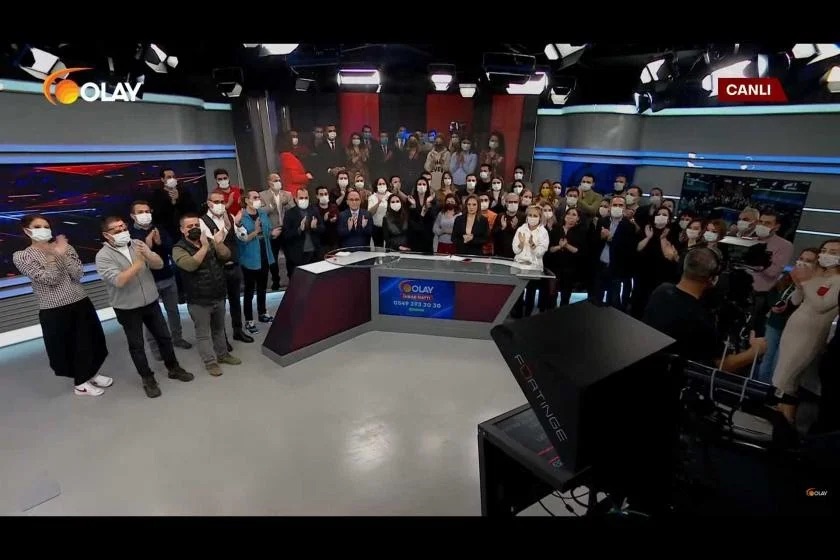