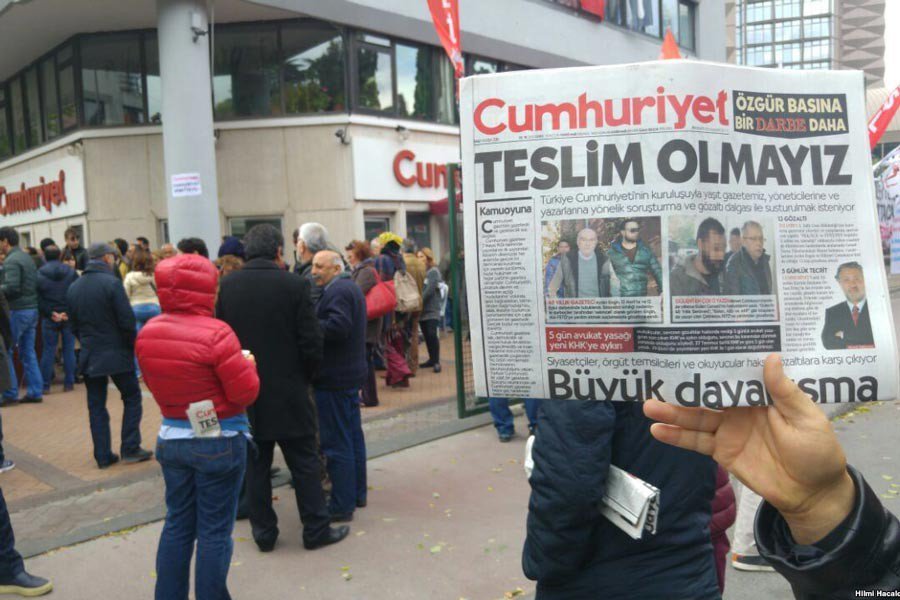 The Appeal Court has upheld the sentences handed down in the Cumhuriyet newspaper trial. The ruling sees eight people who were sentenced to less than five years returning to prison.

The Appeal Court has upheld the sentences that Istanbul Serious Crime Court No 27 imposed on Cumhuriyet newspaper’s former managers and columnists. The ruling sees eight people who were sentenced to less than five years going back to jail. Those who received sentences of longer than five years have the right to apply for review to the Court of Cassation.

It was noted in the decision that the Appeal Prosecutor was also entitled to apply to the Court of Cassation over the three defendants whose acquittal had been ordered. It was stated in the ruling that the sentences of the defendants who had been handed down prison terms of less than five years had attained finality with this affirmatory ruling.

In the Cumhuriyet newspaper trial, the Appeal Court found the conviction ruling handed down by Istanbul Serious Crime Court No 27 to be legally compliant and upheld it.

From information supplied to Evrensel by one of the Cumhuriyet trial lawyers, Abbas Yalçın, those awarded sentences of more than five years have the right to review before the Court of Cassation. Hence, those sentenced to more than five years will not go to jail because their convictions have not yet attained finality.

The names of those whose appeal cases will continue before the Court of Cassation are:

The names of those who will return to jail are:

Cartoonist Musa Kart said in a social media post: “A comment has come from the ruling party that is expected to create a solution to the ongoing crises: Throw the cartoonist back inside! Yes, the road to prison beckons for me once more. Take care of yourselves.”

For his part, columnist Güray Öz wrote, “The appeal court has upheld the convictions of Cumhuriyet newspaper’s columnists and managers. You know I am among them. Never mind, I have made the final corrections to my novel. We will be unable to see one another for a while. Farewell.”

From the account given by DHA, the court stated in its ruling, noting that Ahmet Şık, who was elected to parliament in the 24 June elections, was not an MP on the dates on which the crime was committed and the judgment was passed, that Şık could not invoke the legislative immunity provided for in Article 83/2 of the Constitution.

Stating that the prosecution of scores of journalists and other media workers was on ongoing affront to press freedom and justice, Gardner commented, “By using the courts to increase their stranglehold on the media, the authorities have once again displayed the ugly side of Turkey’s broken judicial system. This should ring alarm bells for anyone who cares about freedom of expression.”

Istanbul Serious Crime Court No 27 pronounced its judgment at the hearing dated 25 April 2018 in the trial in which former columnists and managers of Cumhuriyet newspaper were being prosecuted. The paper’s former Executive Board Chair Akın Atalay was handed down a sentence of seven years, thirteen months and fifteen days on the count of “knowingly and willingly aiding a terrorist organization while not being a member.” Atalay was released in conjunction with the judgment. The paper’s Editor-in-Chief Murat Sabuncu, reporter Ahmet Şık and columnist Aydın Engin were each awarded sentences of seven and a half years, while Cumhuriyet Foundation Management Board Chair Orhan Erinç and columnist Hikmet Çetinkaya both received jail terms of six years and three months on the same count.

On the count of “knowingly and willingly aiding a terrorist organization while not being a member,” Bülent Utku, Attorney-at-Law, readers’ representative Güray Tekin Öz, Cumhuriyet Foundation manager Önder Çelik, cartoonist Musa Kart and Mustafa Kemal Güngör were each sentenced to three years and nine months and columnist Kadri Gürsel was awarded jail time of two and a half years.

Yusuf Emre İper was sentenced to three years one month and fifteen days on the count of “making terrorist organization propaganda,” while Ahmet Kemal Gündoğdu, accused of using the Twitter account named jeansbiri, received a ten-year jail term on the count of “membership of a terrorist organization.” The acquittal was ordered of Turan Güney, Bülent Yener and Günseli Özaltay. 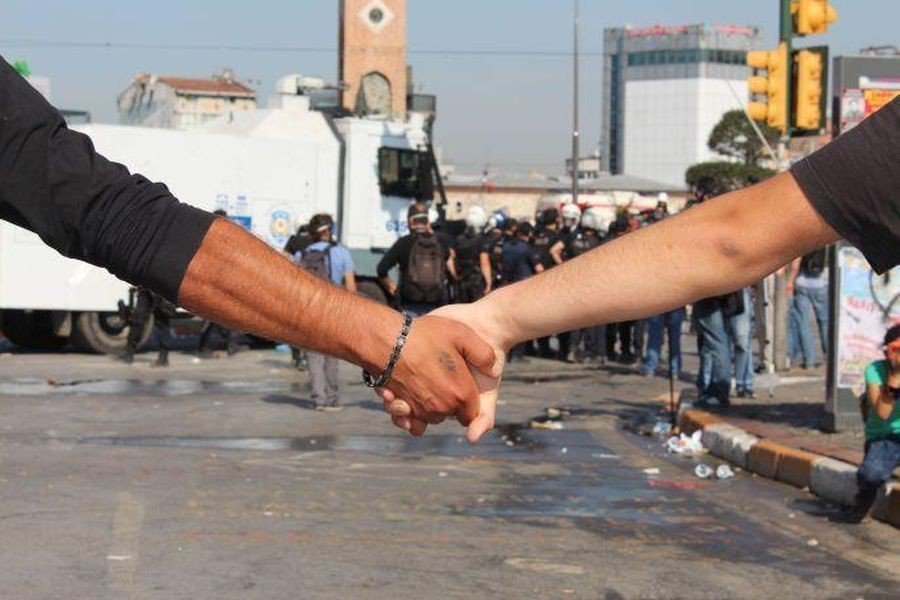