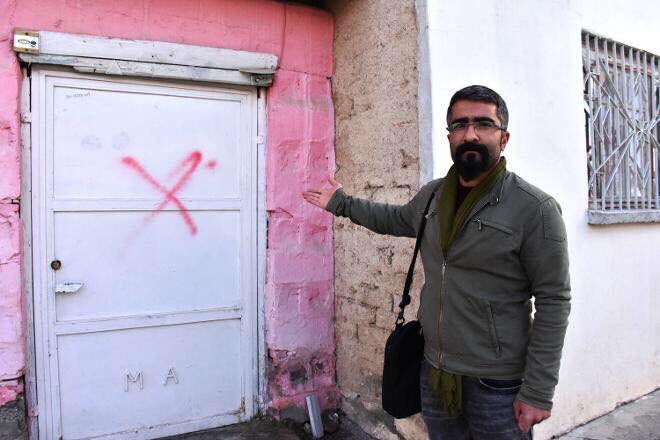 We stand with the Alevi communities in Turkey

Last week members of the Alevi community in Turkey’s Malatya province voiced concerns after, at least, 13 houses were marked with red cross by “unknown” individuals. Red crosses marked with red paint were spotted on the outside walls and doors of several households belonging to Alevi people in the Cemal Gürsel neighbourhood of Malatya.

This is not the first time Alevi homes have been targeted in this way. Red crosses marked with red paint is a resemblance of some of the recent history of attacks on the Alevi communities in Turkey. It is believed that, hundreds of Alevis were killed in pogroms, which many now believe were masterminded by groups inside the state, in the cities of Çorum, Yozgat and Kahramanmaraş in the 1970s. Thirty-four Alevi intellectuals were burned to death in 1992 inside the Madımak Hotel in Sivas. In other incidents, such as in İstanbul’s predominantly Alevi neighbourhood, Gazi in 1995, Alevis were targeted by individuals armed with machine guns. The red cross marks have been used to initiate all the above massacres on Alevi communities. Such developments raise fear and create anxiety for the Alevi communities.

There are conflicting reports on how the residents became aware of the red cross marks. According to one report, residents found out about the red cross marks themselves after waking up in the morning. However, other reports suggest that the residents did not know anything about the marking until the police visited some of the houses early in the morning. One resident expressed his shock by saying “It is interesting that we hear about this from the police, even though it was our home that was marked. We believe it was the police who did the marking. The perpetrators must be brought to light at once, otherwise we will continue to blame the police for the incident.”

As SPOT we condemn the attack on Alevi communities and the lack of concern shown by state officials. It is worrying that “unknown” individuals have freely carried a hate crime and the government has shown very little interest in brining those responsible to justice.  We stand with the Alevi community and will fight against hate preachers in Turkey and Britain. 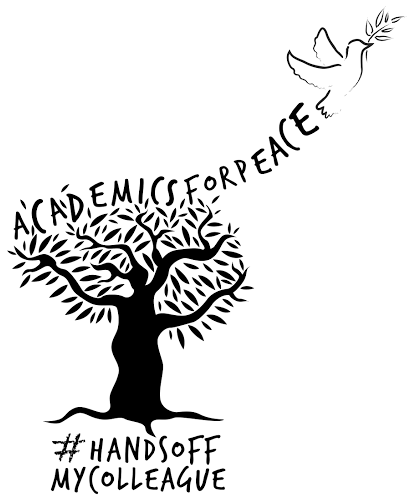